New shootage of the AMG ONE

Mercedes-AMG is launching a new marketing campaign for the ‘E PERFORMANCE’ label that will be introduced for the AMG GT 73 S, the new S 63 AMG and the highly anticipated AMG ONE. Lewis Hamilton is the face of the campaigns for the electrification of the AMG models.

“I can still hardly believe that there will soon be a hypercar with a Formula 1 engine. We won the world championship with this engine in 2015, and I was involved in its development for a long time. I was able to drive the Project ONE during the filmwork for the new campaign, and I’m very proud of the extraordinary effort Mercedes-AMG has invested in this project. This car is absolutely unique.”

“Developing the AMG ONE was a very great challenge which we addressed as a team, and now we are firing the next stage for roadgoing approval: This car will strengthen our position as a high-performance luxury brand. Moreover, the AMG ONE will emphasise the proximity between Formula 1 and Mercedes‑AMG more than ever: we have the same motorsport genes, and believe in a direct technology transfer. The special disguise of the AMG ONE also gives an initial outlook on our electrically powered future, which begins in 2021. The colour red will play a central role for our new technology label E PERFORMANCE.”

As a reminder, the AMG ONE will by powered by a 1,6 litre V6 with direct injection and electrically supported single turbocharging, in combination with an electrified front axle. The combined system output will be higher than 1.000 hp, and the topspeed will be higher than 350 km/h. 11.000 rpm can be easily obtained by the engine, but in order to increase the service life and due to the lack of racing fuel, the engine will be squeezed slightly. 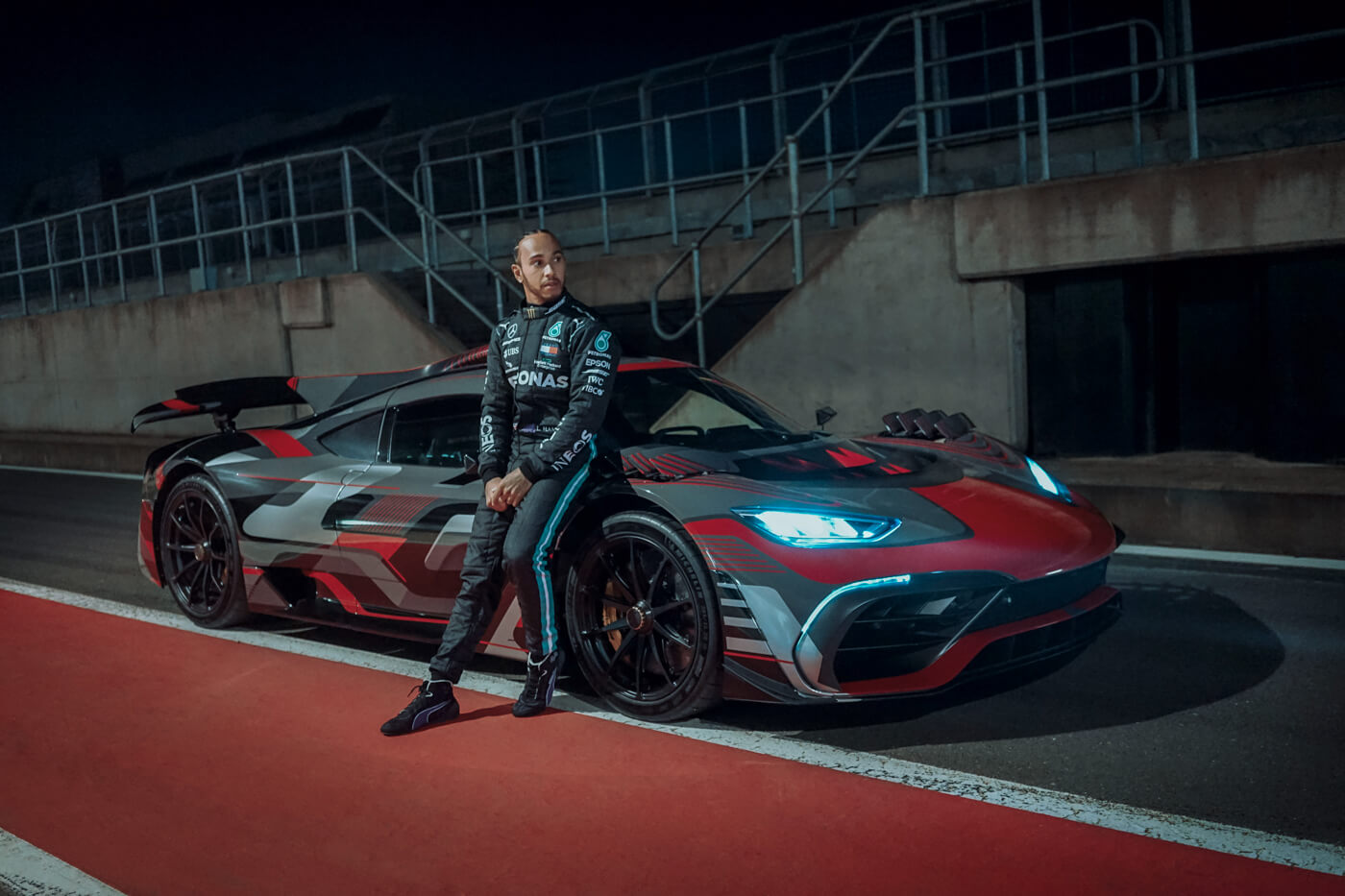 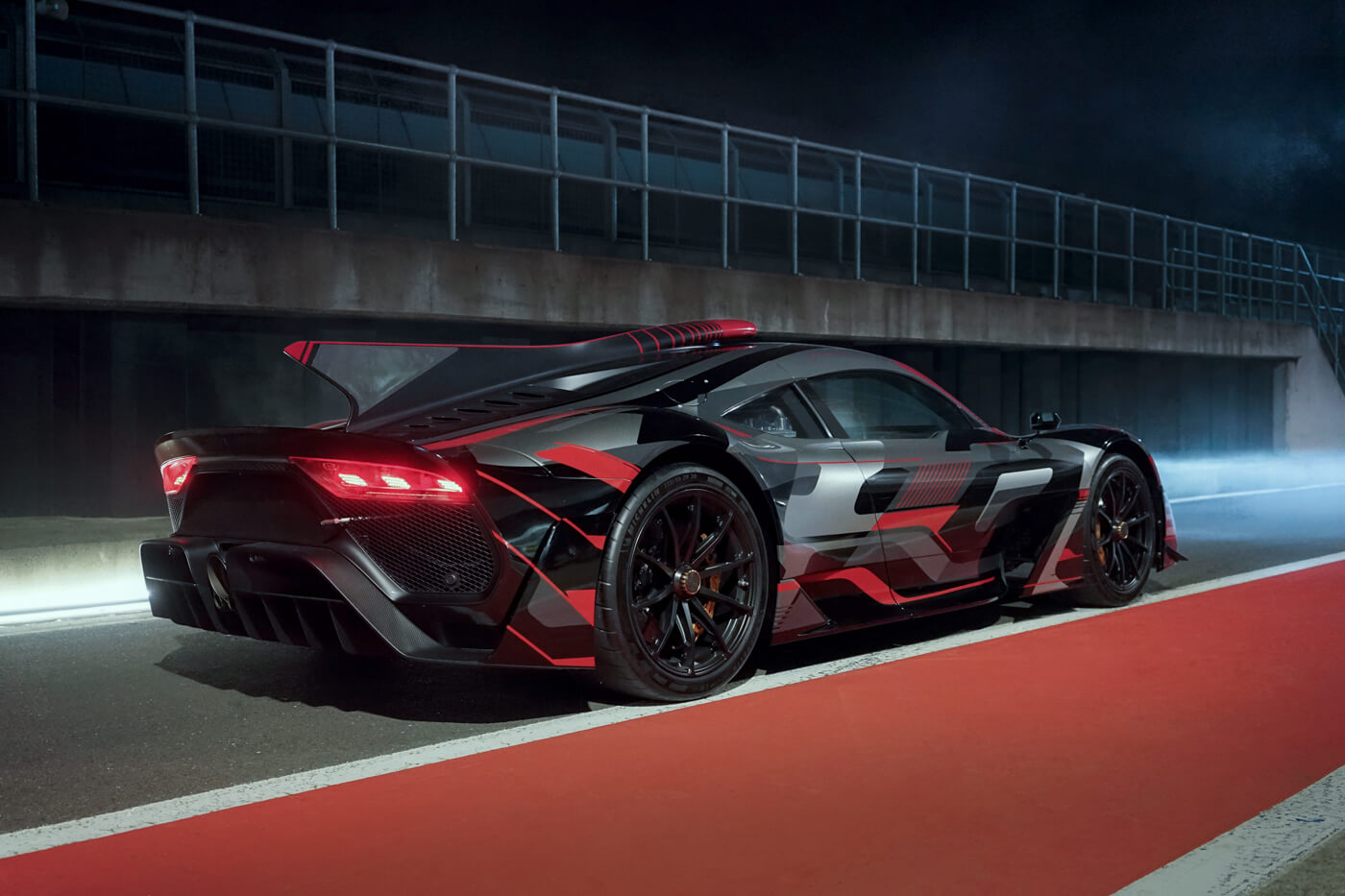 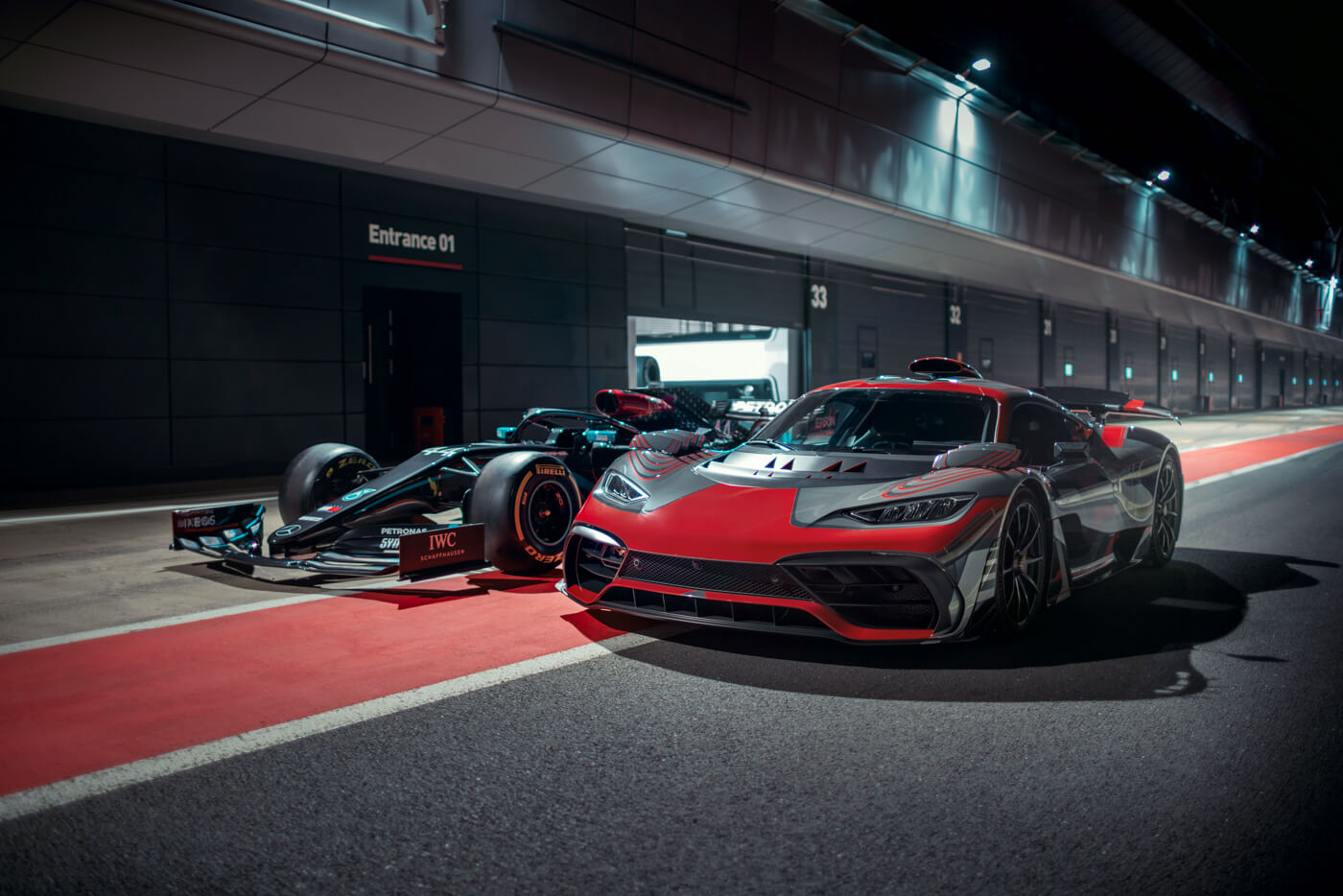 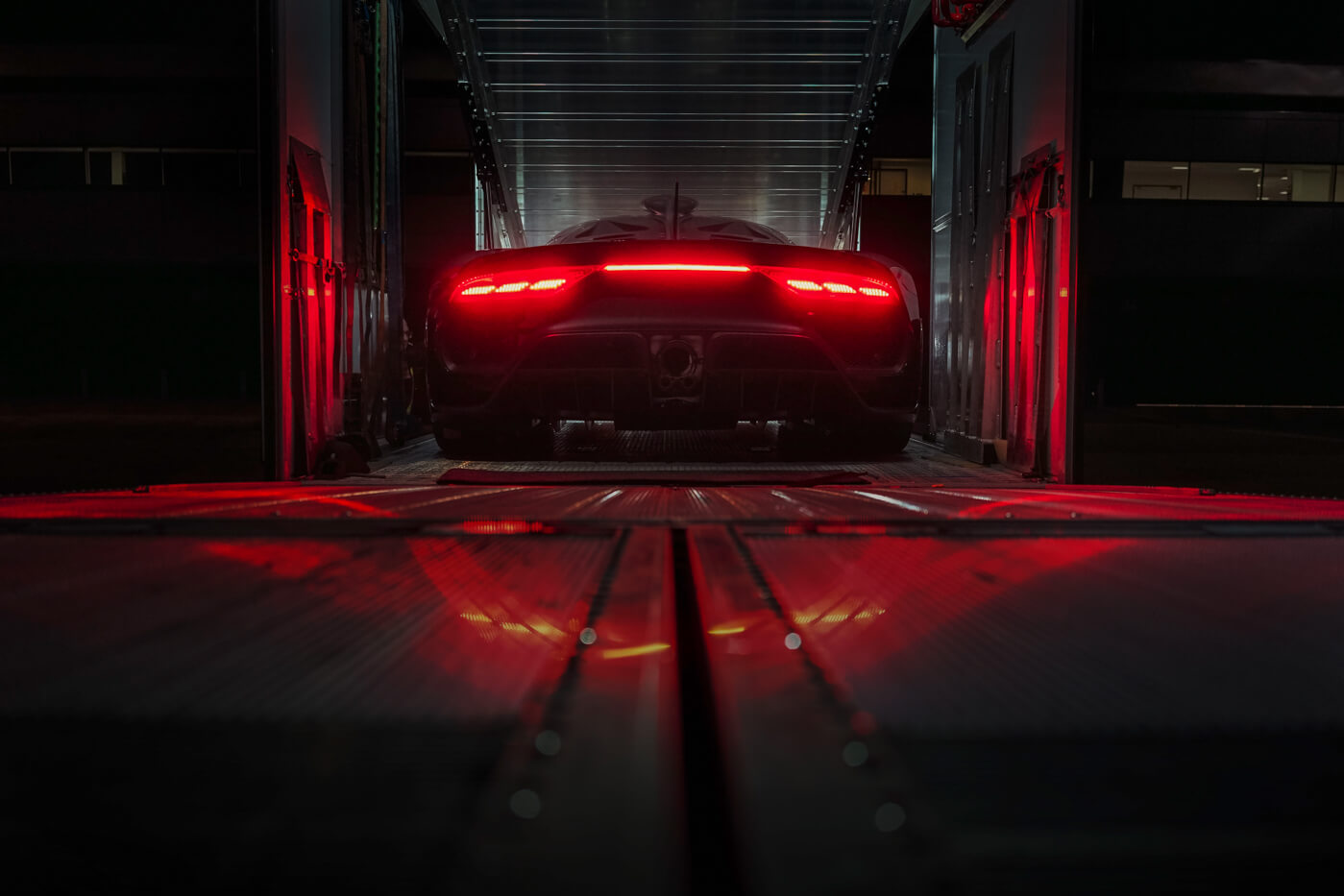 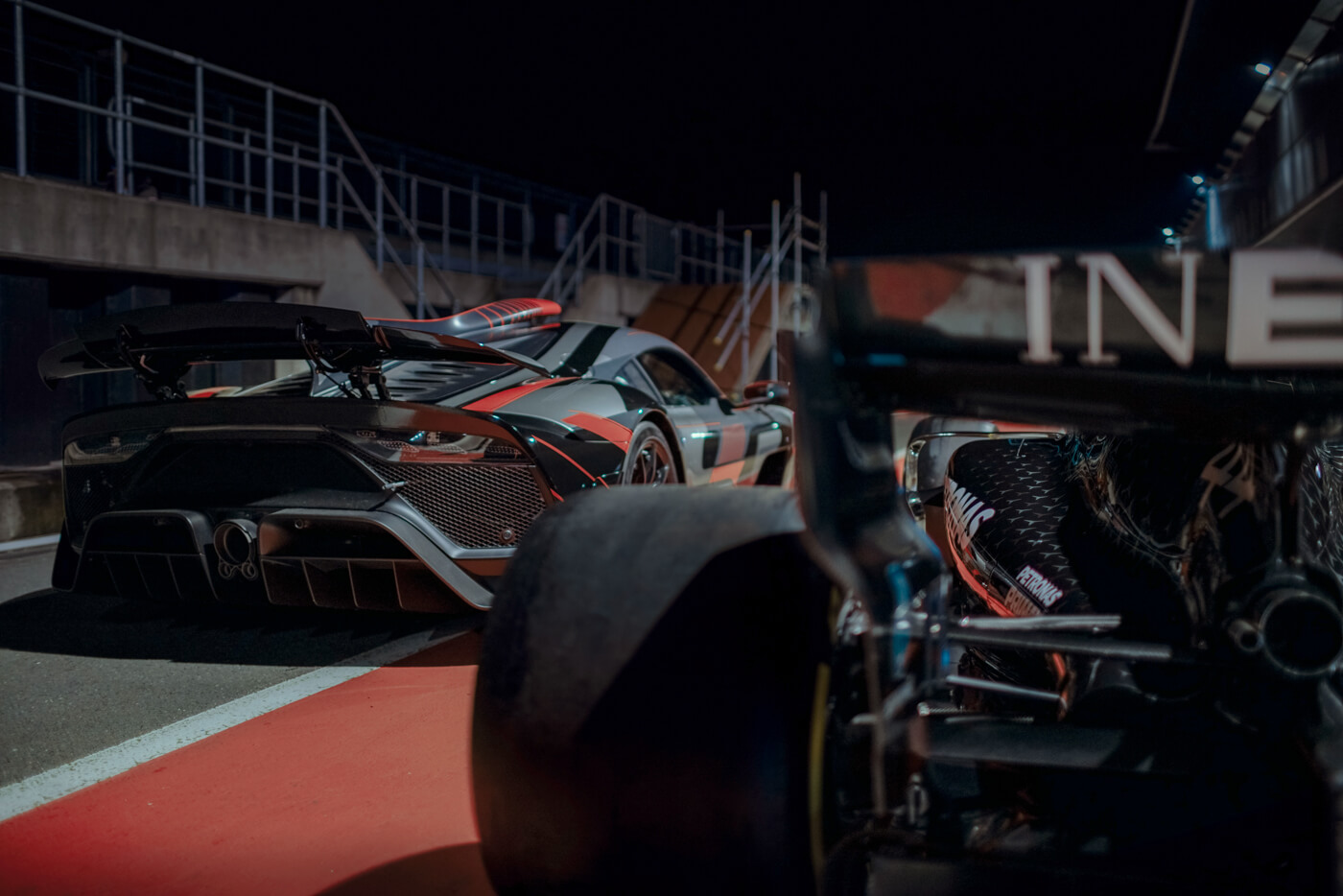