Trending
You are at:Home»News»New C 43 AMG with “one man-one engine”

The new C-Class is meanwhile a fixed value in the streets which means it was about time for the release of the first AMG variant of this popular Mercedes-Benz model. Mercedes starts the show with the C 43 4MATIC AMG variant which now has the 2,0 litre M139 AMG one man-one engine powertrain known from the A-Class AMG. However new is the electric exhaust gas turbocharger which explains the “Electrified” logo on the side of the car. It is the same concept as the recently launched SL 43 AMG, but instead of 381 hp in the SL, the combination in the C 43 delivers 408 hp with an additional boost of 14 hp.

The turbocharger is operated by the 48 Volt electrical system, which also feeds the belt-driven starter-generator. The new turbocharging guarantees spontaneous gas response across the entire rev range. Concretely a very tiny electromotor is built in directly on the turbocharger shaft between the turbine wheel on the exhaust side and the compressor wheel on the intake side. The turbocharger can operate with rotations up to 175.000 rpm. Other highlights of the C 43 4MATIC are rear axle steering (2,5°), AMG Performance 4MATIC permanent all-wheel drive with rear-biased torque distribution and the AMG SPEEDSHIFT MCT 9G transmission with wet start-off clutch. 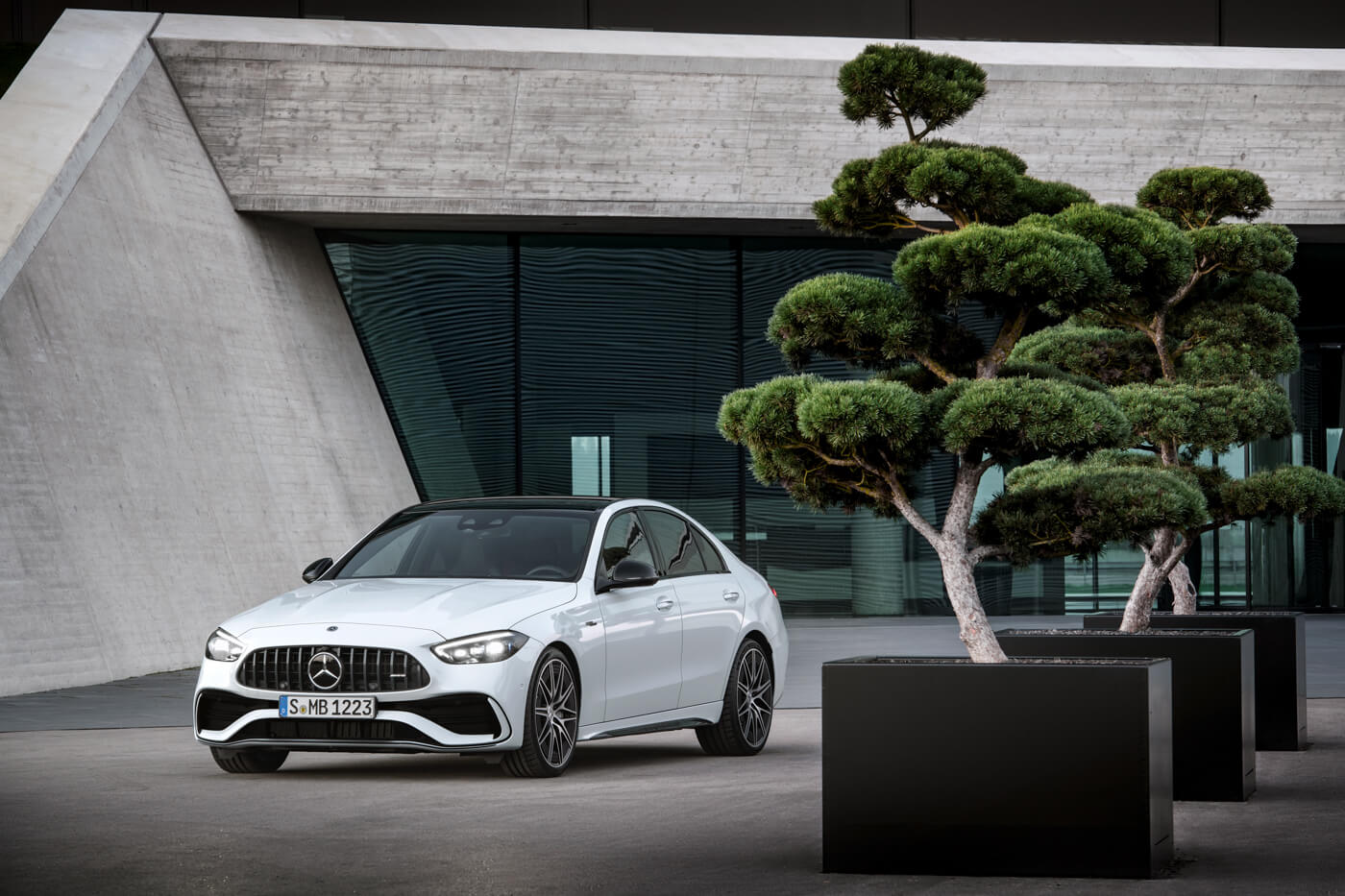 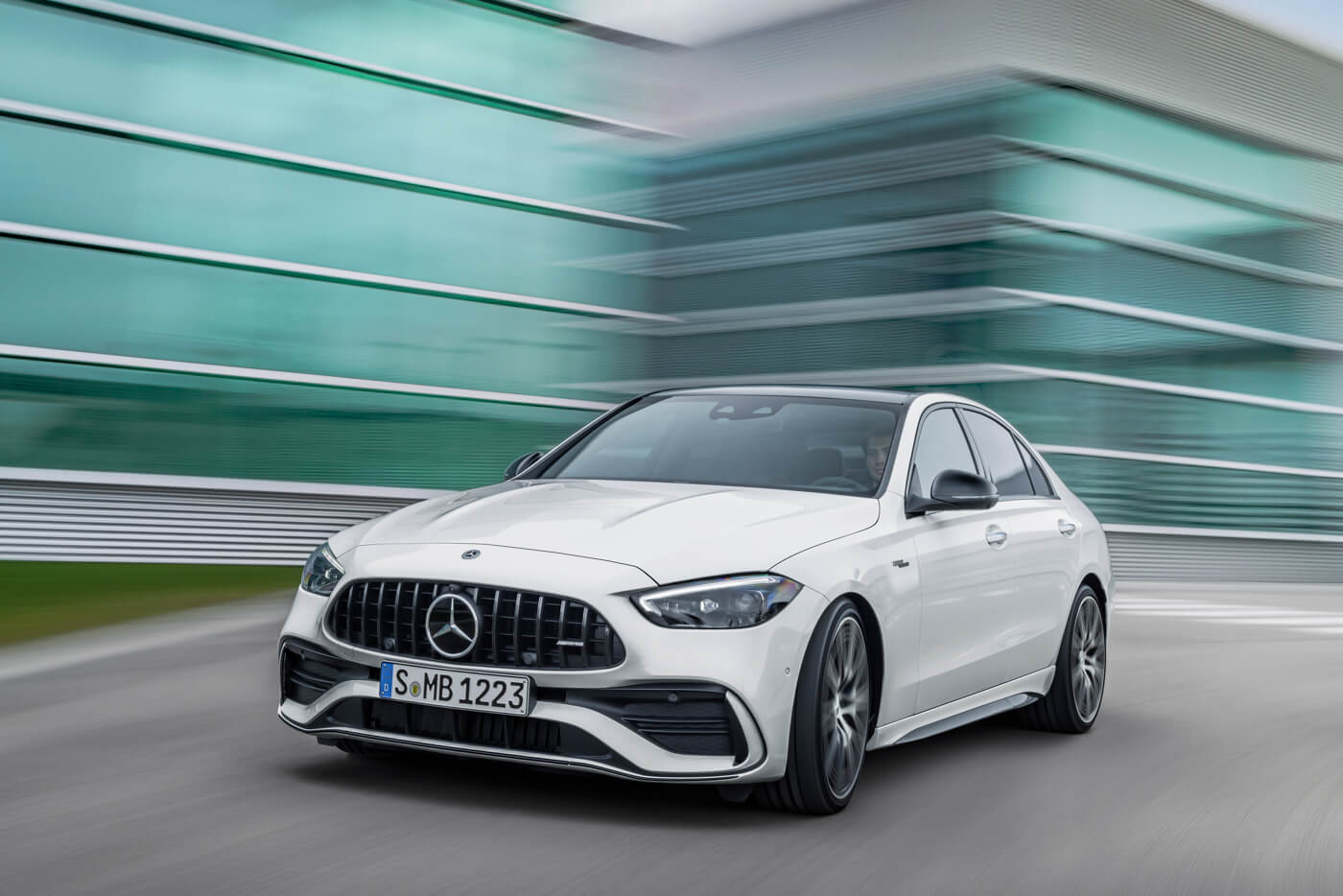 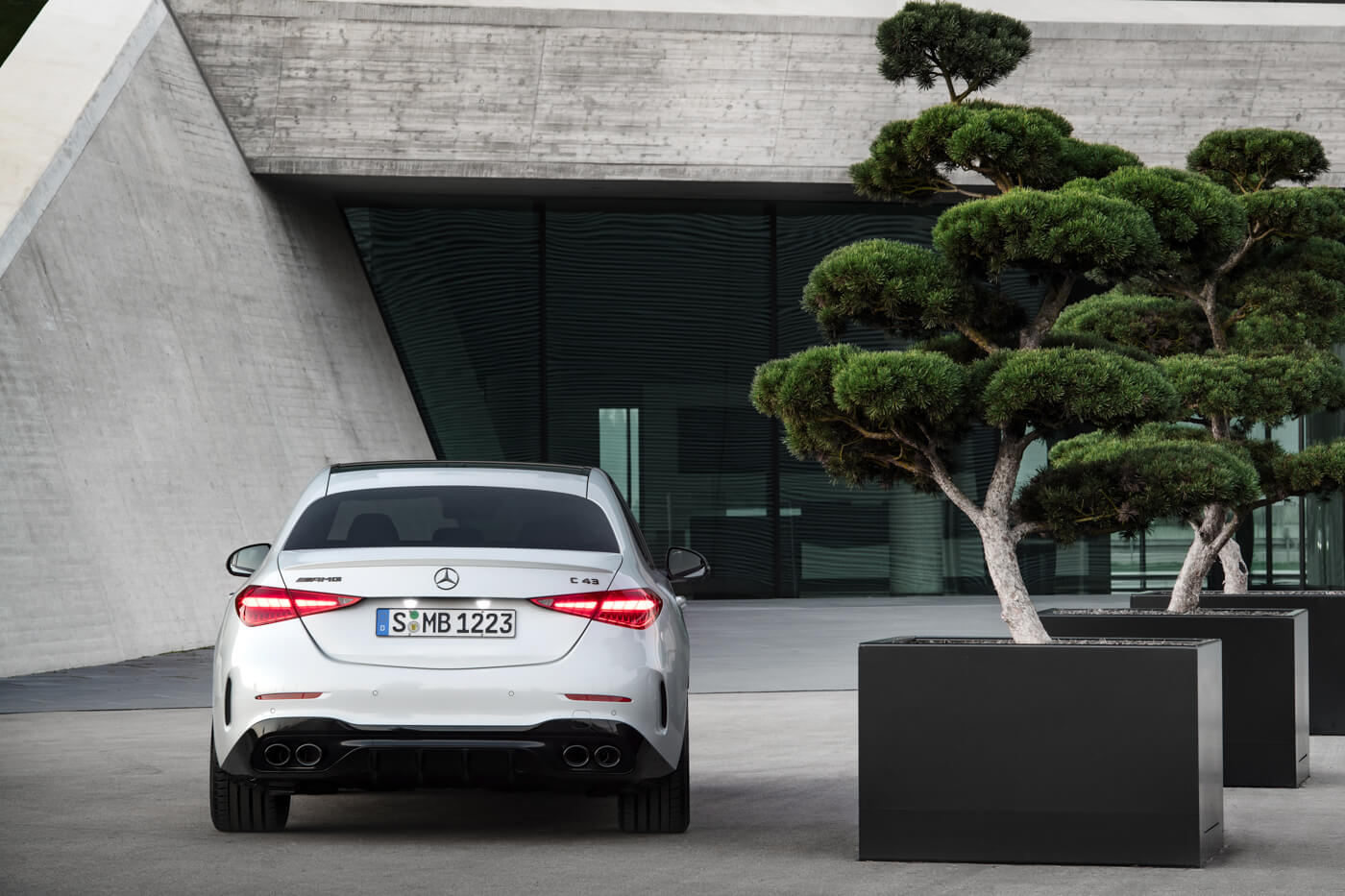 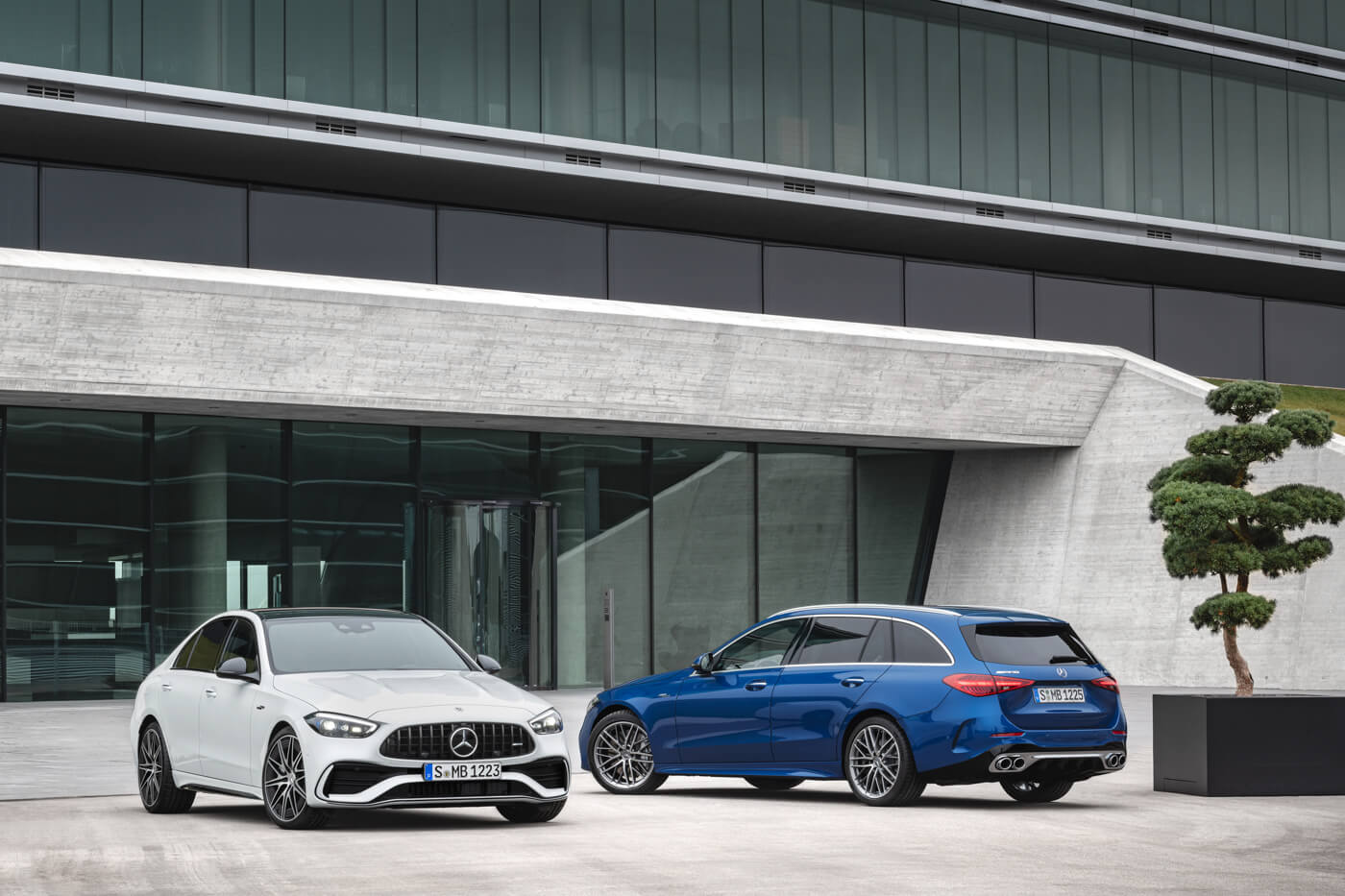 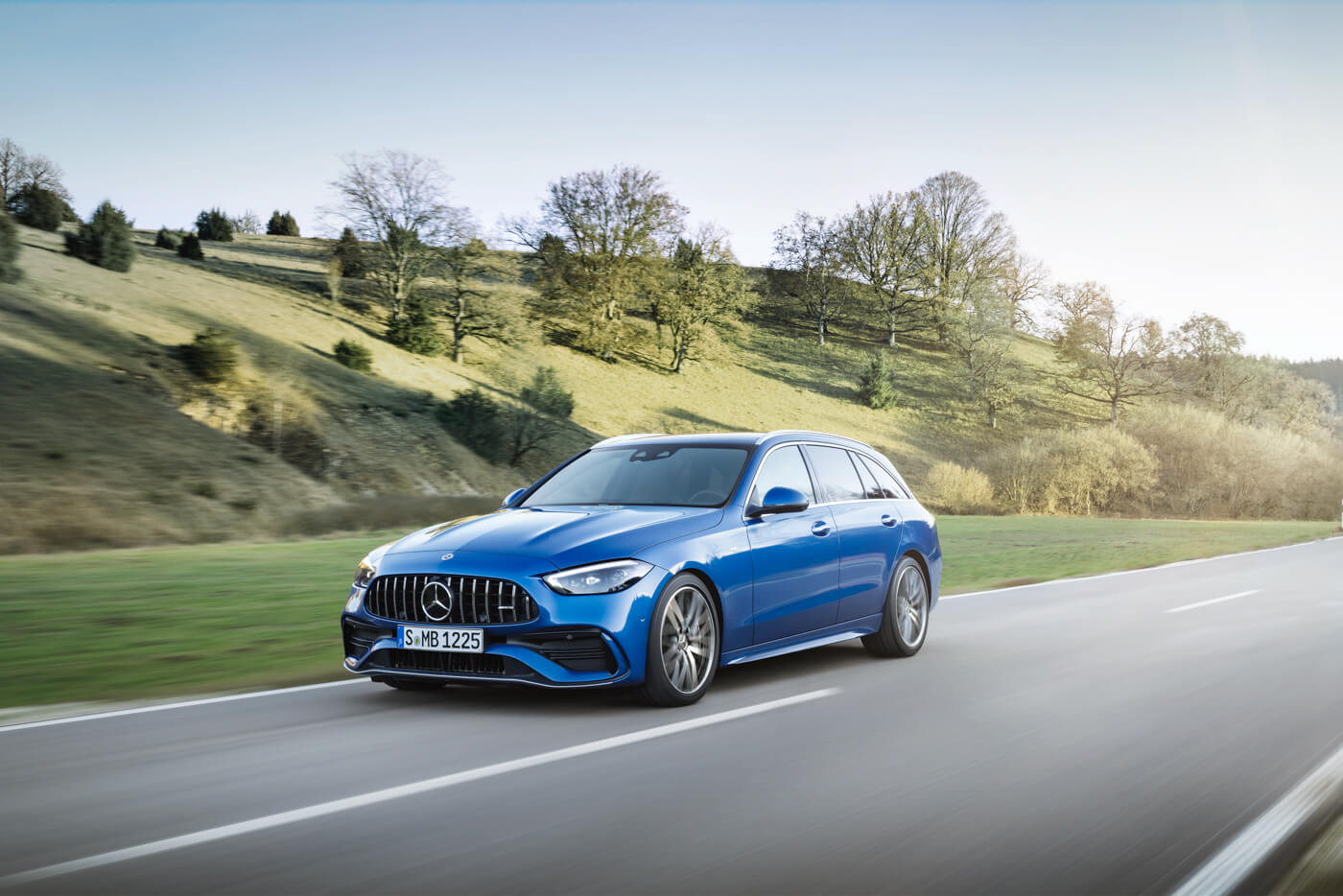 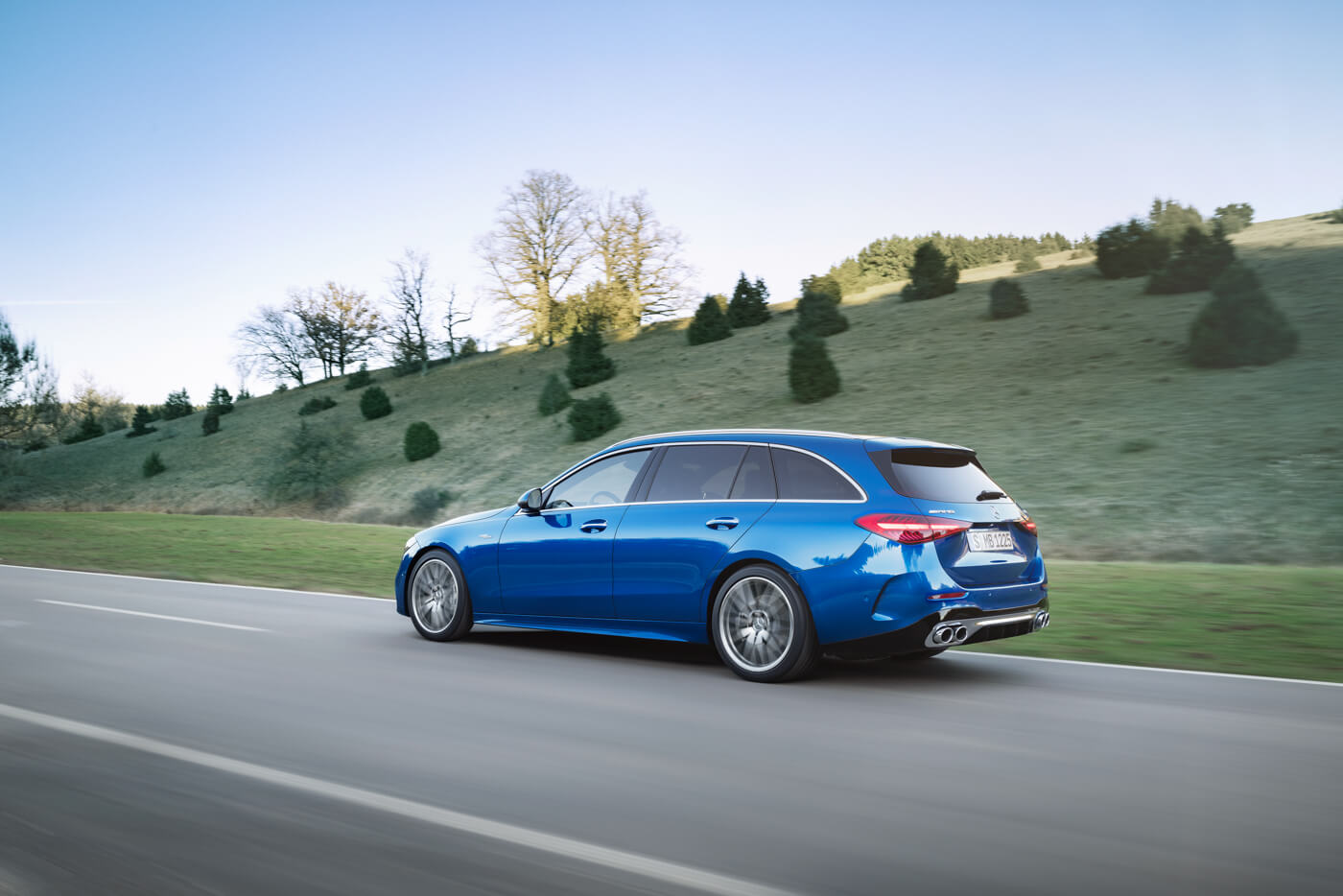 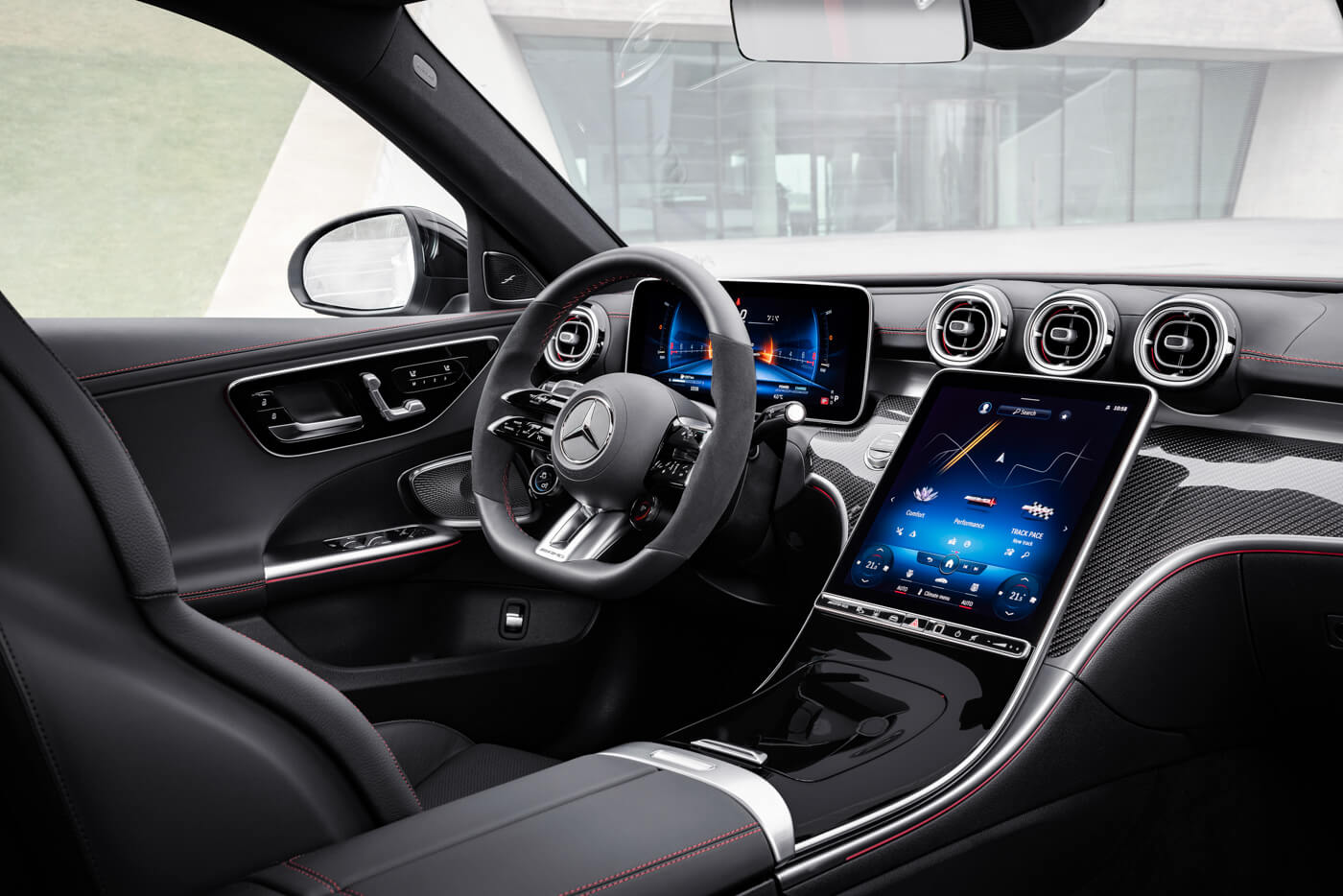