It took AMG some time to pick up the courage to launch the GLC as 63 variant. Only after 3 years Mercedes delighted us with the arrival of the GLC 63 AMG and GLC 63 S, both with the latest 4MATIC+ fourweeldrive system. Technically the GLC is related to the C 63 AMG models and therefore the engine performance is the same as in the C-Class models. The GLC is available as SUV and as four-door-coupé SUV. Don’t worry, four-door-coupé is just a silly name for a good looking SUV. Those who want to carry family better choose for the ‘normal’ GLC, but if you don’t mind or if you don’t care, just go for the stylish ‘coupé’ variant.

The testmodel that Mercedes-Benz Belgium provided us was adorned in Designo bright white. In combination with the matte black 21 inch rims the white color clearly accentuates the smooth curves of the GLC. The strongly sloping roofline has as disadvantage that the rear view sucks. If there’s a low car close behind you, chances are high that you don’t even see that car. Luckily there’s the 360 degree camera and blind spot assist. We didn’t touch upon the most interesting design feature of the car yet: the Panamerica grille which is common on almost all recent AMGs. Seeing it on the GLC doesn’t leave room for interpretation. This car must be a monster. 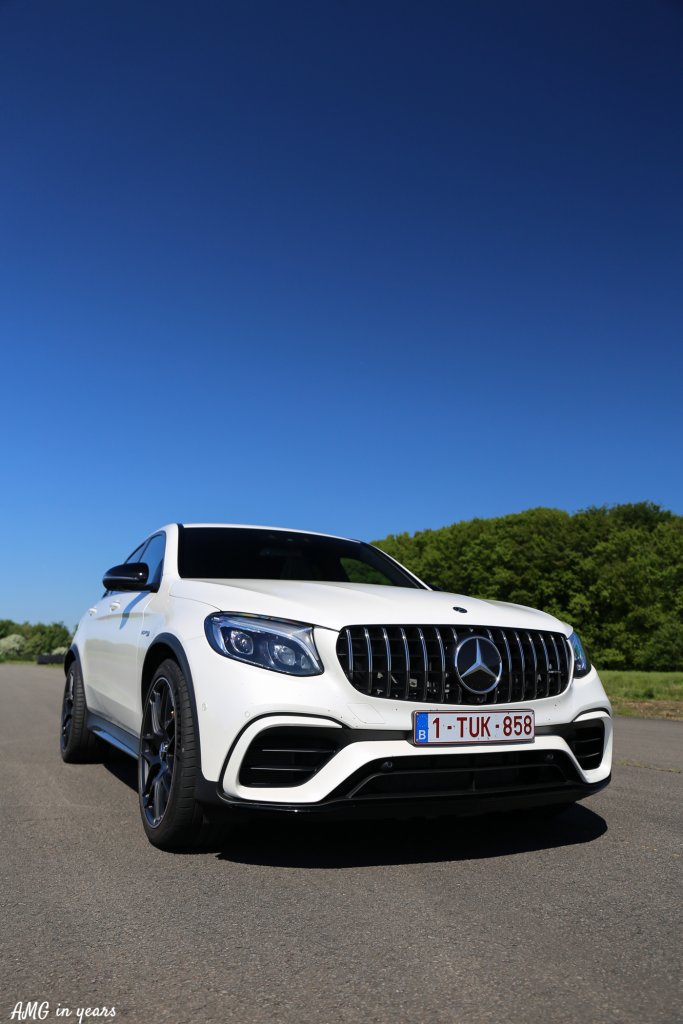 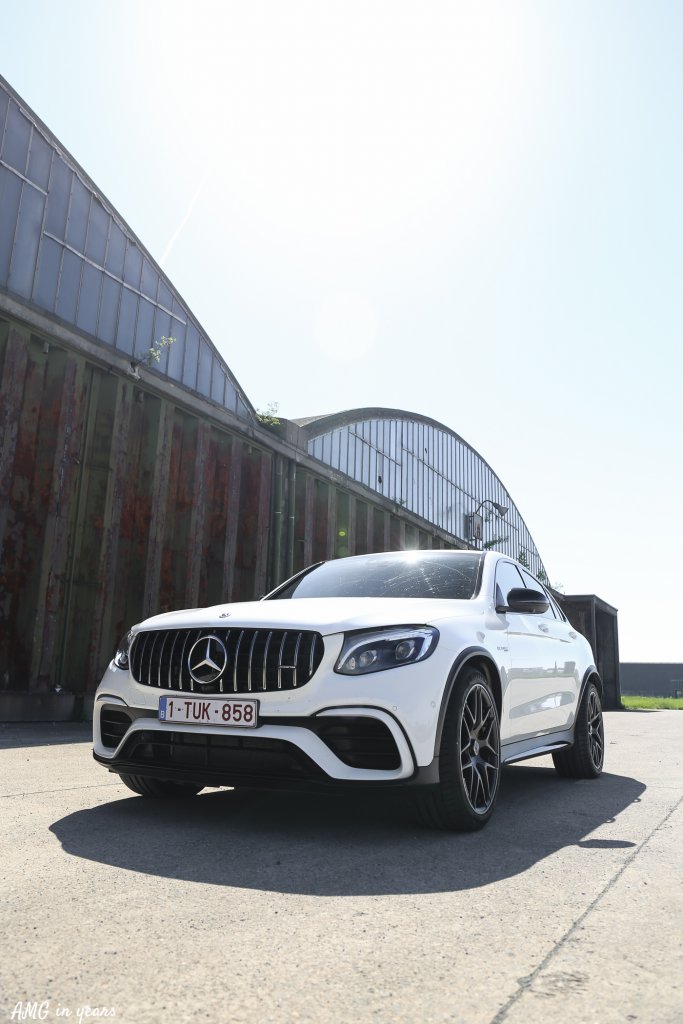 The Panamerica grille was first introduced on the Mercedes-AMG GT R, then on the GT facelift, then the S-Class facelift and recently on the new G-Class and facelifted C-Class. We don’t mind, but in the end this GLC AMG is far from subtle. We are not talking yet of the the giant rear spoiler. You could cut a watermelon in parts with this spoiler, or worse, you could be stopped by the police for having dangerous weapons. Behind the big front star there’s the Distronic Plus technology; behind the rear star there’s the rear camera which never gets dirty. Some individualization packages enable to further personalize the GLC: AMG Night Package (black accents on front splitter, side skirts, mirror housing, roof rails, exhausts  …) or the Carbon Fiber Package if you have some spare money. 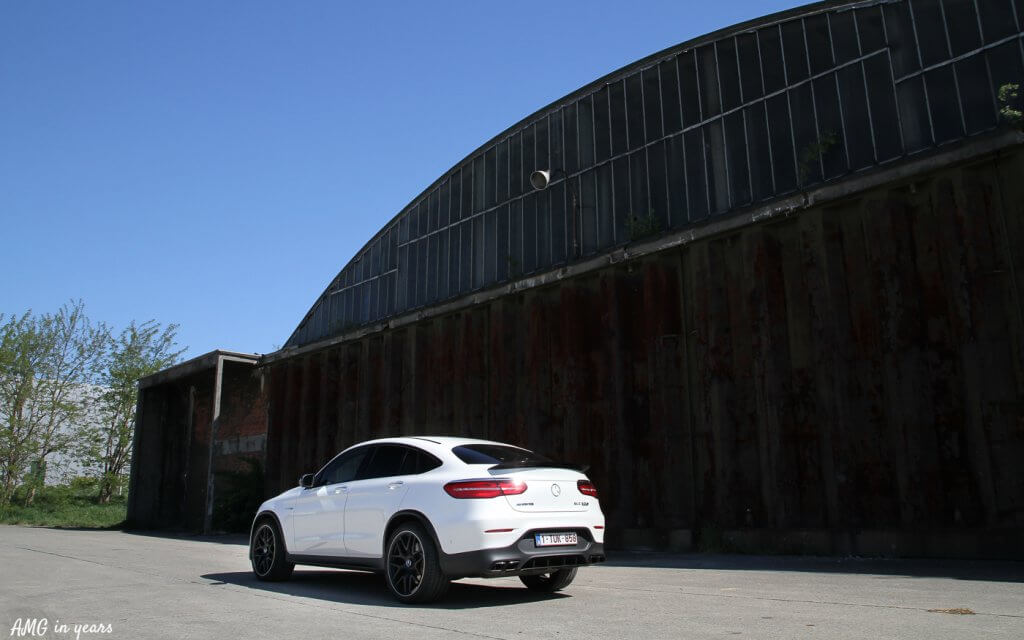 The interior in black nappa leather doesn’t sound special (it just feels very hot during warm days), but the combination with the yellow stitching on the seats and on the dashboard speaks volumes. The carbon in matte finishing on the centre console completes the picture. The yellow finishing is no coincidence as we were driving the Edition 1 version which has plenty of yellow details such as yellow AMG logo’s on the floor mats and on the entry steps. Yellow striping on the outside door panels and on the rims is also possible, but that’s only for those who really want to stand out. The optional AMG performance seats look perfect, but will not battle for comfort throphy’s. 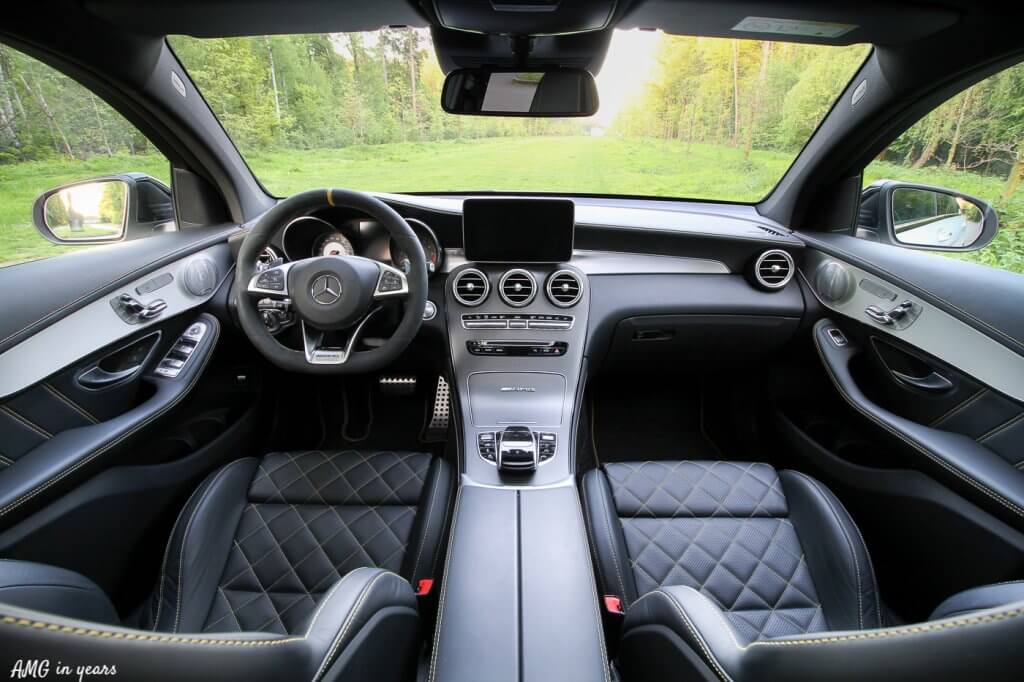 The Edition 1 is only available the first year of the introduction and costs a small city car. The yellow touches could sound strange and are in contrast with German sobriety, but in reality it works fantastic. Also at the back we find the same details and eventually there’s certainly enough space for four people. The boot is not that practical but luckily there’s still a big compartment under the boot floor and also the back seats are foldable. 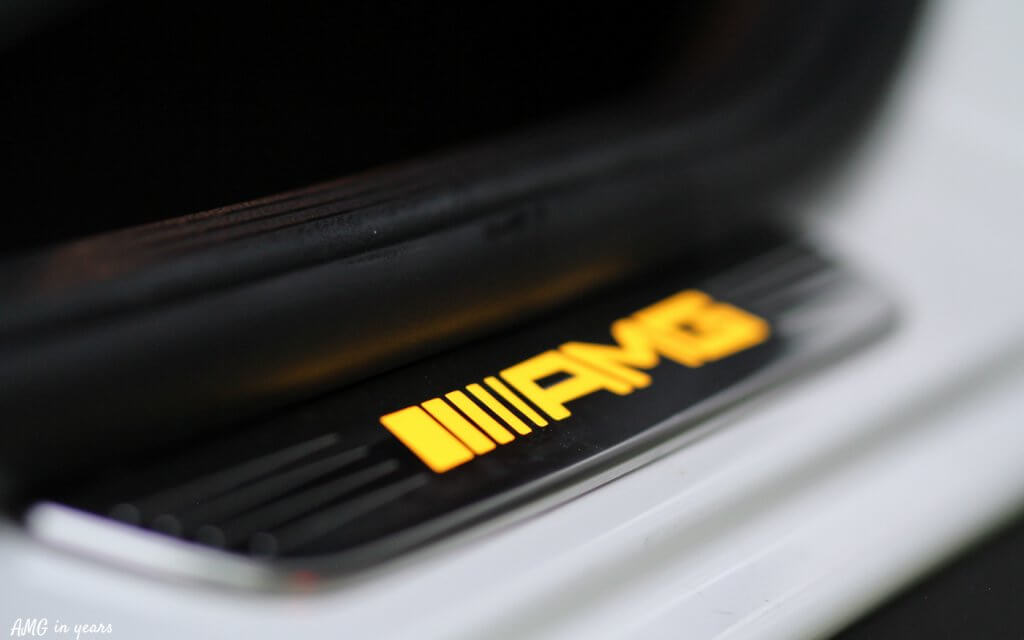 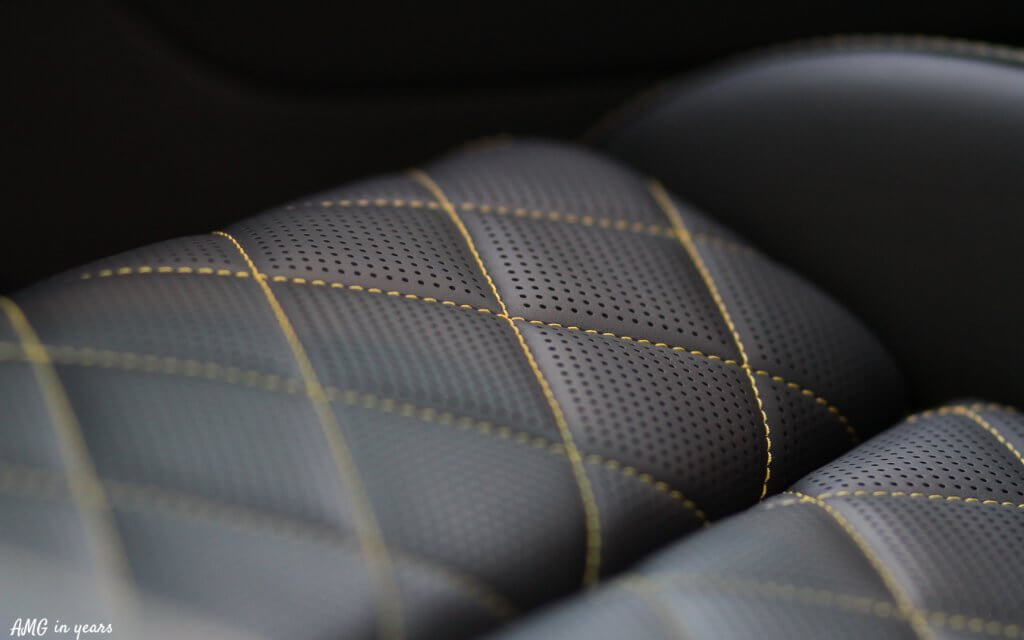 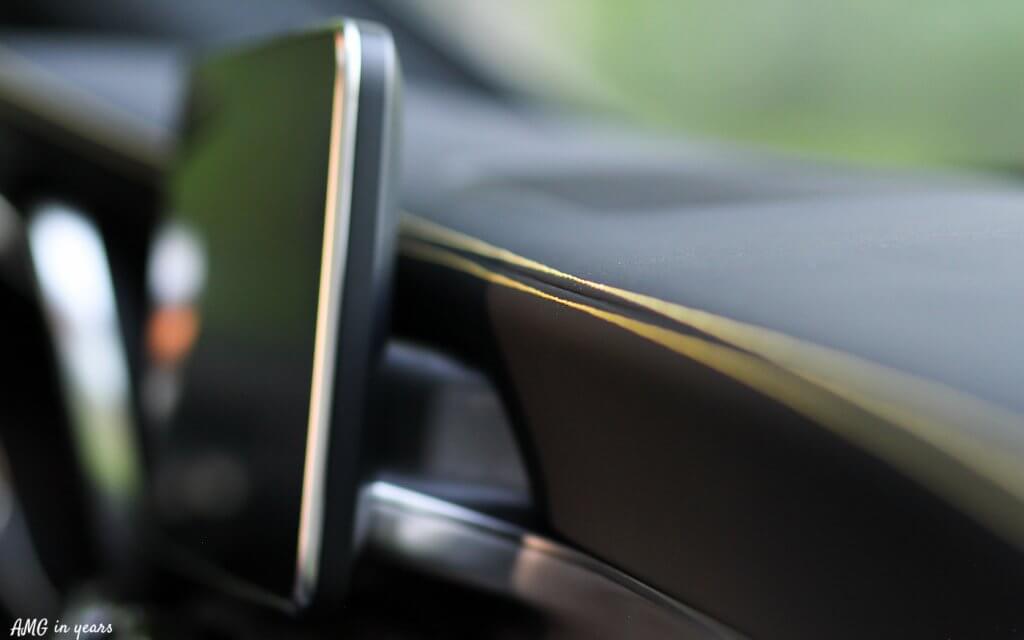 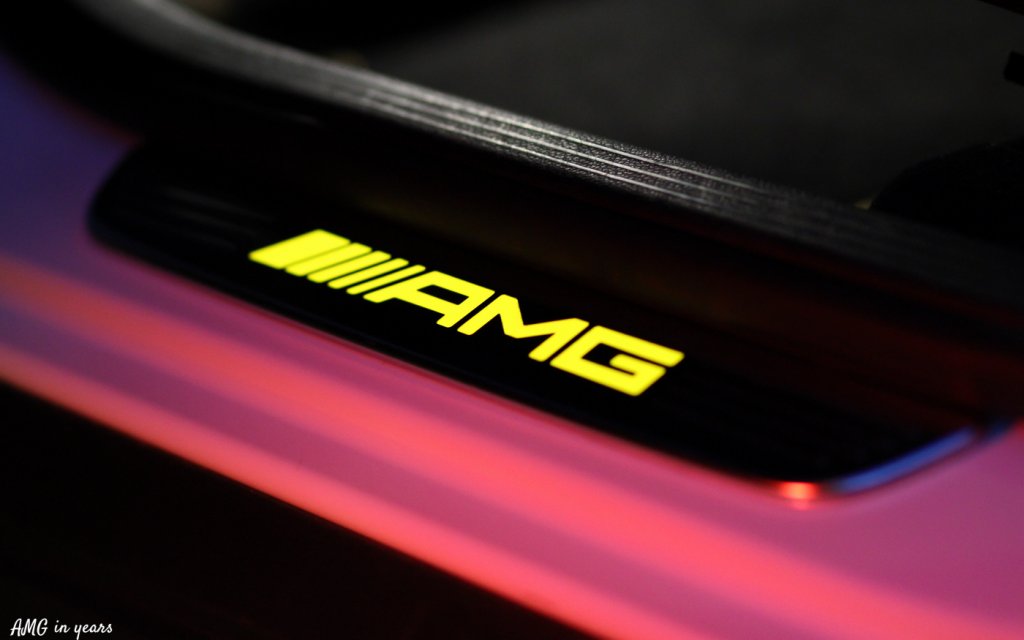 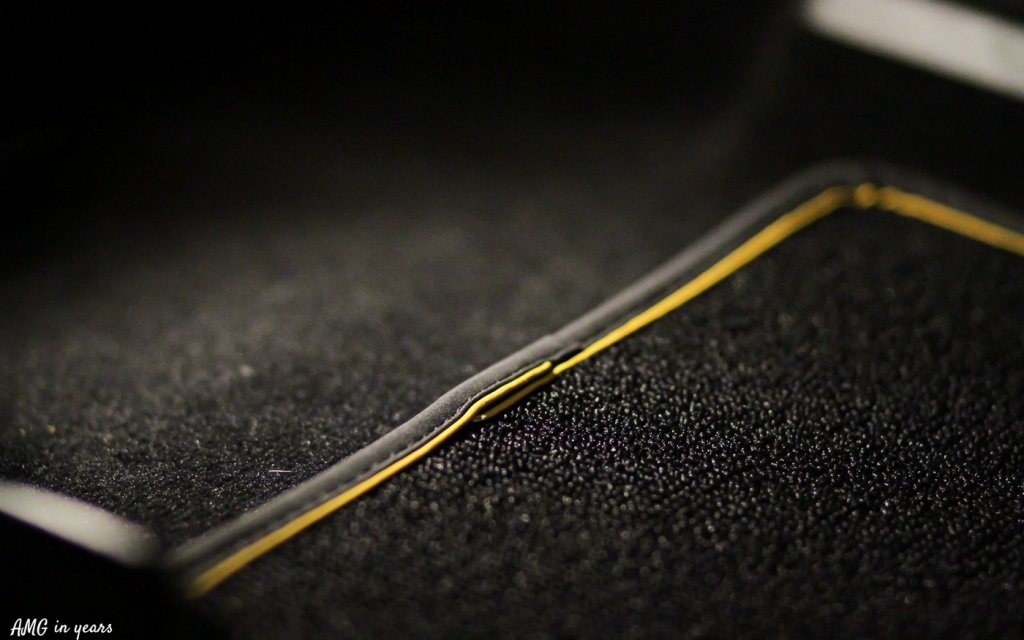 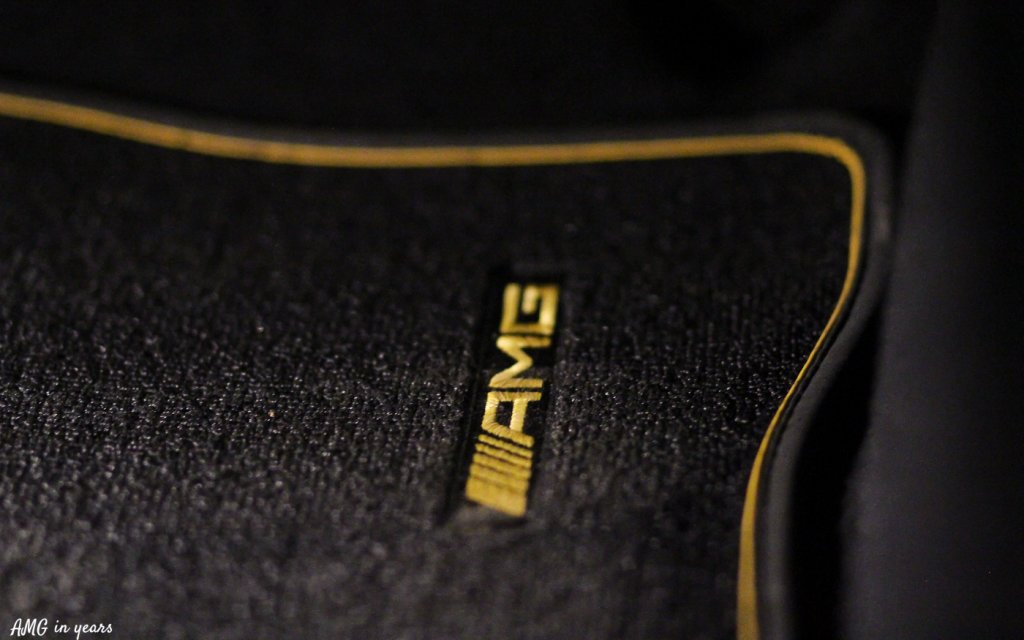 The AMG Performance steering wheel finished in Dinamica microfiber is so direct that you could do a drift as consequence of sneezing. Behind the steering wheel we find the silver colored aluminium shift paddles and on the top of the steering wheel there’s the yellow 12-o’clock marking. As a result of the gigantic tyres, the GLC is very subject to rutting in the road. Therefore, better to have always both hand on the steering wheel … or outsource the activities to the lane keeping assist. 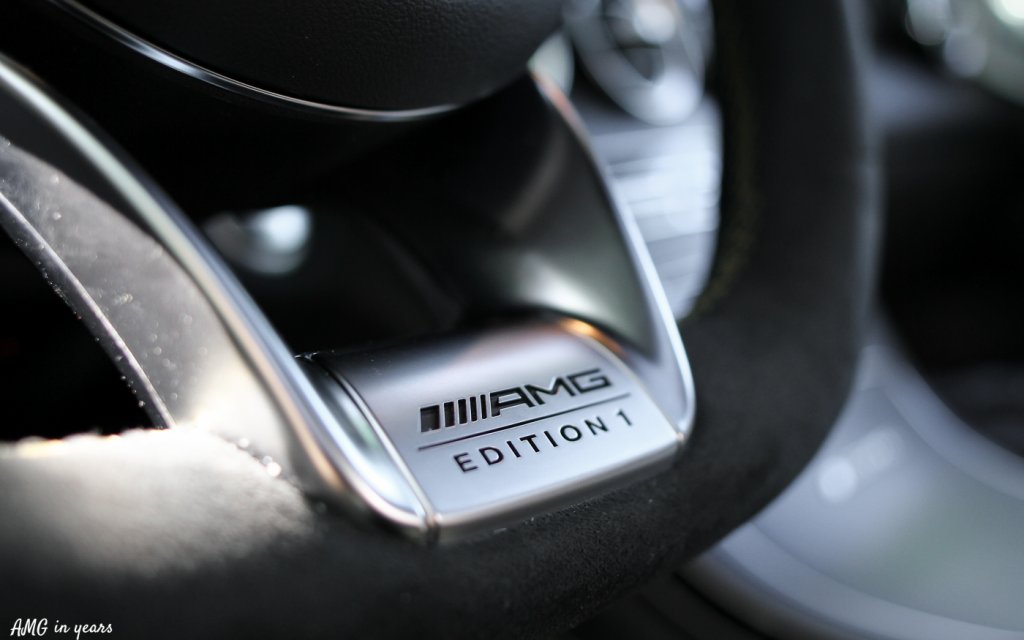 The S version of the GLC 63 AMG can count on 510 hp and 700 Nm of torque from the 4 liter V8 which is (as already mentioned) the same as in the C 63 S AMG (W177 engine code). For those who lived under a rock for the last 5 years, the twin turbo is positioned between the V-shape of the cylinders in order to make the engine more compact. The sprint from 0 to 100 km/h is remarkable for this washed out car. That’s the least you can say as it happens in only 3,8 seconds. That’s a fraction faster than the C 63 S, but the GLC 63 S AMG has the advantage of the 4MATIC+ fourwheel drive system, which we already know from the E 63 S.

The basics of the all wheel drive system is the fully variable torque distribution which is continuously recalculated based on the driving conditions and the selected driving mode. Next to that an electronically controlled clutch takes care of the variable connection of the permanently driven rear axle with the front axle. Important to mention is also the electronic locking differential at the rear axle. The multi-disc limited-slip differential is adjusted continuously by an electronic motor for greater driving agility. 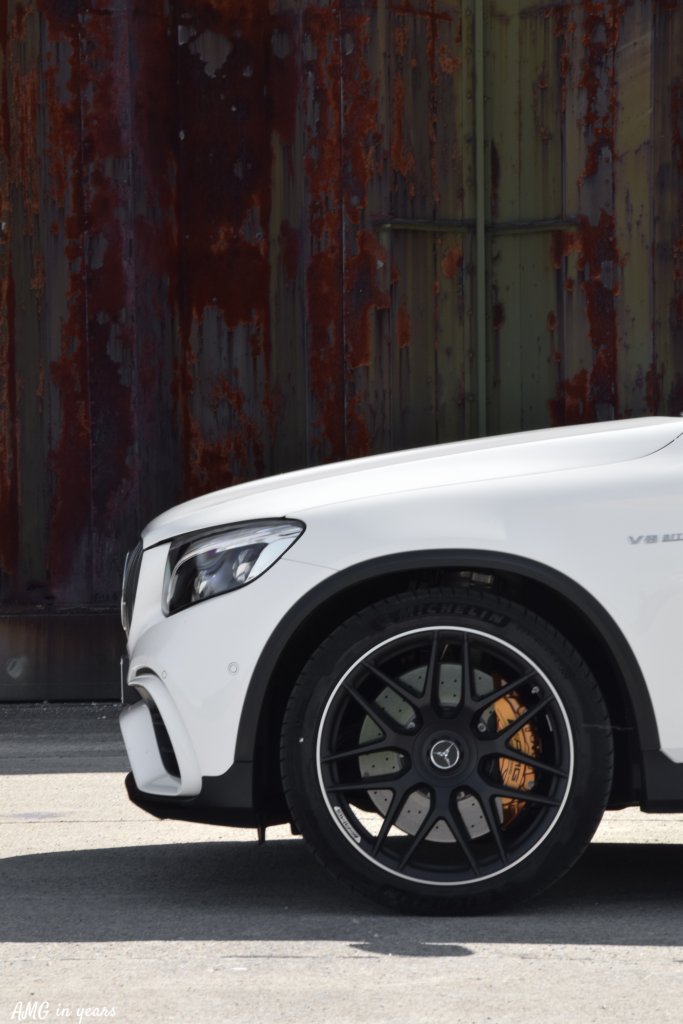 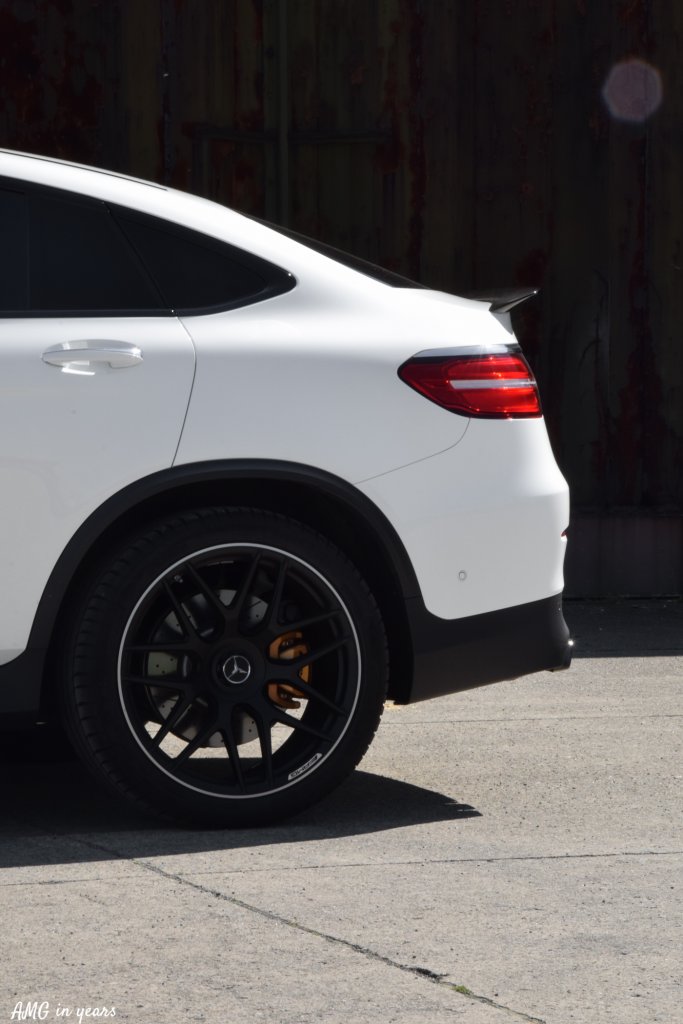 Even despite the optional multi-air suspension where the driver can change the damping settings from Comfort to Sport or to Sport+, the large rims compromise comfort. The Airmatic suspension is self-leveling the height of the car irrespective to the load. At high speeds the height of the car automatically goes down in order to improve driving stability and drag. Remarkably for a car of this size is the stiffness of the suspension which reduces body roll almost to zero. This GLC 63 AMG was equipped with ceramic composite braking system at the front. The advantages of ceramic brakes are clear: less fading, higher precision, weight reduction and longer lifespan. At the front the size is 402 mm, at the back 360 mm, both internally ventilated and perforated.

Theoretical fuel consumptions according to the NEDC cyclus indicates 10,7 litre per 100 km. We ended with an average of 12,7 litre per 100 km. Not bad, but still a lot considering that we did quite some highway kilometers. Driving constantly in Sport+ or Race on curvy roads increases the average fuel consumption easily to 16 l per 100 km. An elephant cannot skate neither, right? The ‘good’ result on the highway is thanks to the automatic AMG Speedshift MCT 9-gear Sports Transmission with double clutching function and sailfunction where the transmission and engine are disconnected (e.g. when no acceleration is needed and constand speed can be obtained by the road conditions). The kick-down function from 9th to 6th gear or from 5th to 2nd gear instantly brings a smile on your face. 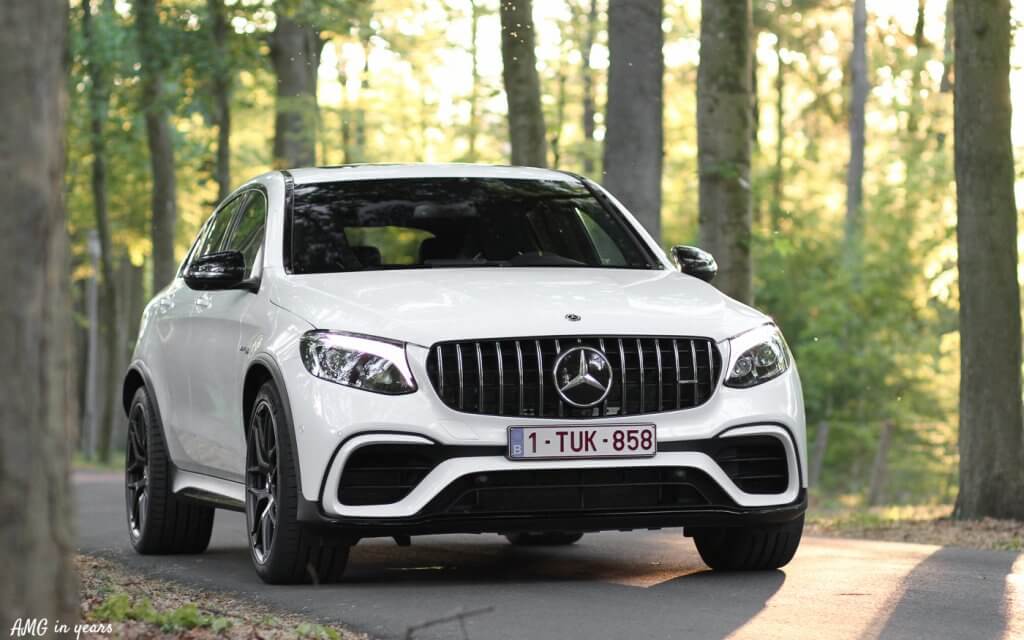 Even though the AMG Performance exhausts were missing, the sound is addicting. People driving AMG seem to have the constant need to push the throttle and release it in order to produce sound. AMG remains Weltmeister of exhaust sound. Sound battles, few people can resist. Based on the driving mode there are some additional tonalities of sound. Compared to other AMGs we drove (AMG GT C, E 63 S), the overall sound experience was a tiny bit less but still very rock-and-roll. But as said, there’s still the possibility for the Performance exhaust with three variable adjustable exhaust gas flaps. 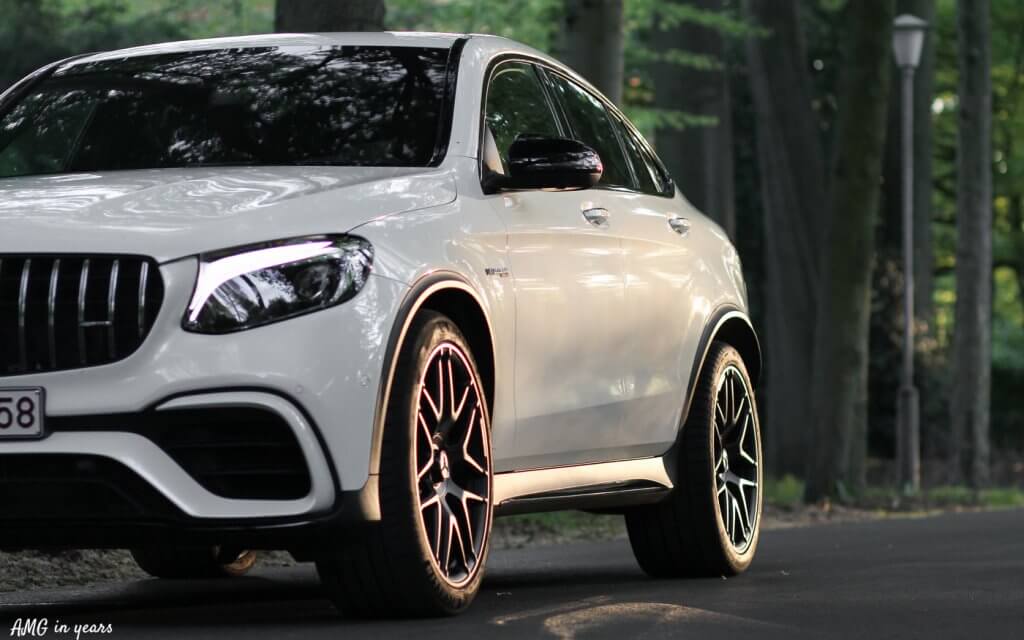 If you’re looking for a four-seater with comfort, safety, looks and performance, the GLC is probably the most polyvalent AMG. The GLC 63 S isn’t the most challenging AMG, but even with the SUV format there’s no doubt on the driving abilities of this AMG. A ride in the GLC 63 S AMG feels like a runner’s high and as bonus you are rewarded with one of the greatest sound experiences. Drawbacks are the fuel consumption, the shape of the boot and the fact that also with this eye catcher you’re also in the traffic jams. Privilege is invisible to the ones who have it. That’s why the quality of this kind of cars becomes clear when you get back into a normal cars. The latter feels like driving with the handbrake on, or with four flat tyres … To summarize, for a drive in this AMG you can always wake me up at night.

Thanks to Jordi Scheyving and Gilles Vlietinck for some of the pictures. 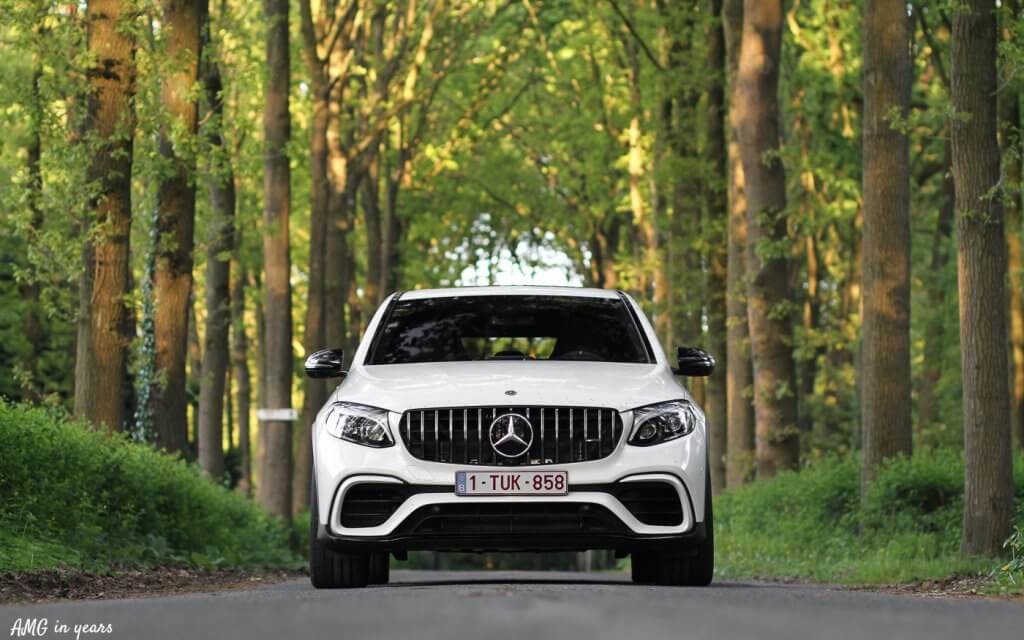 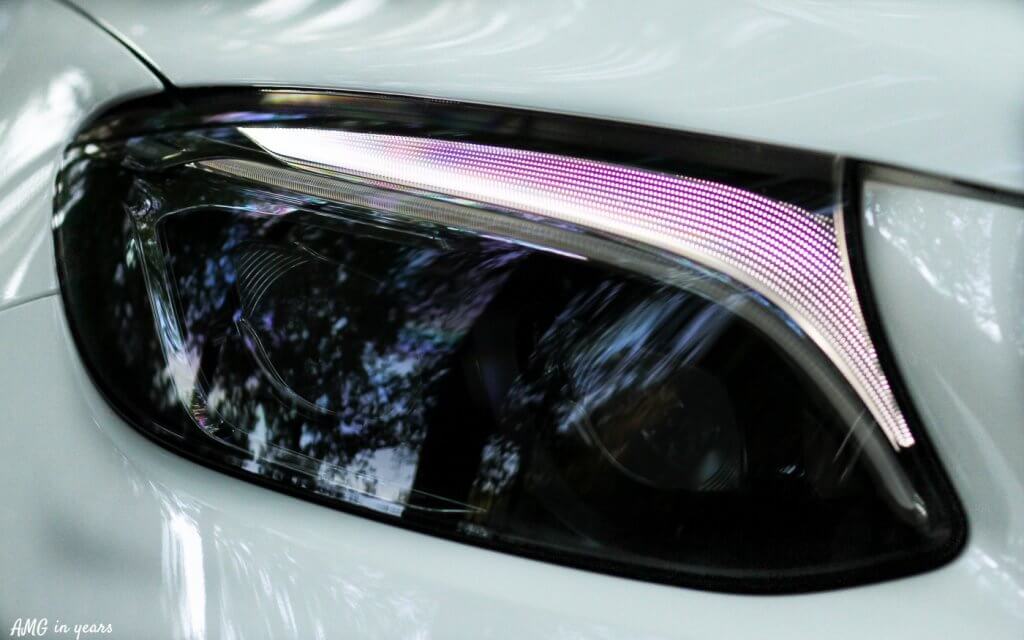 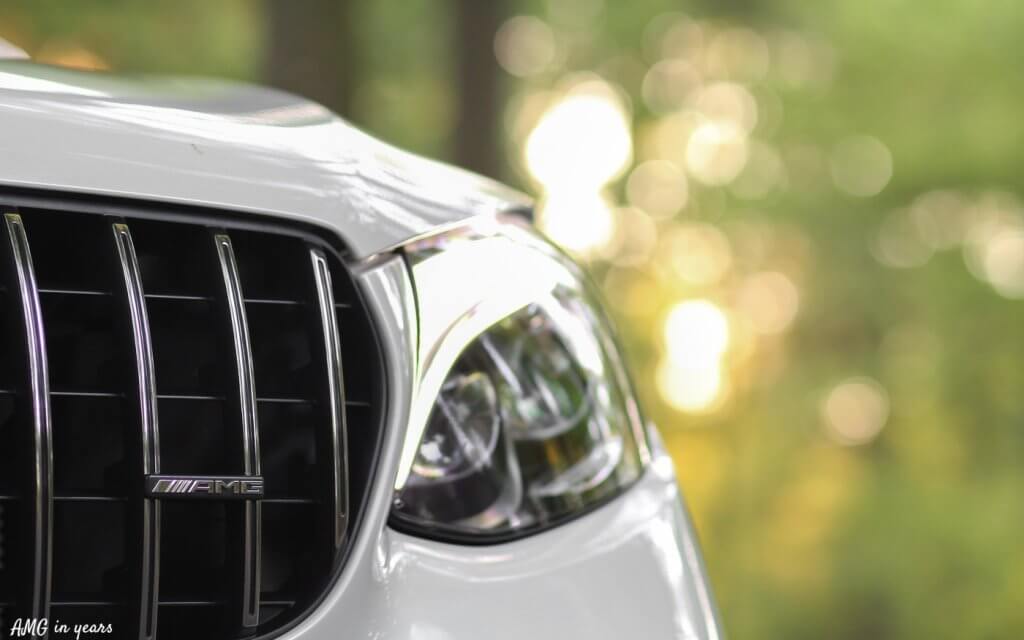 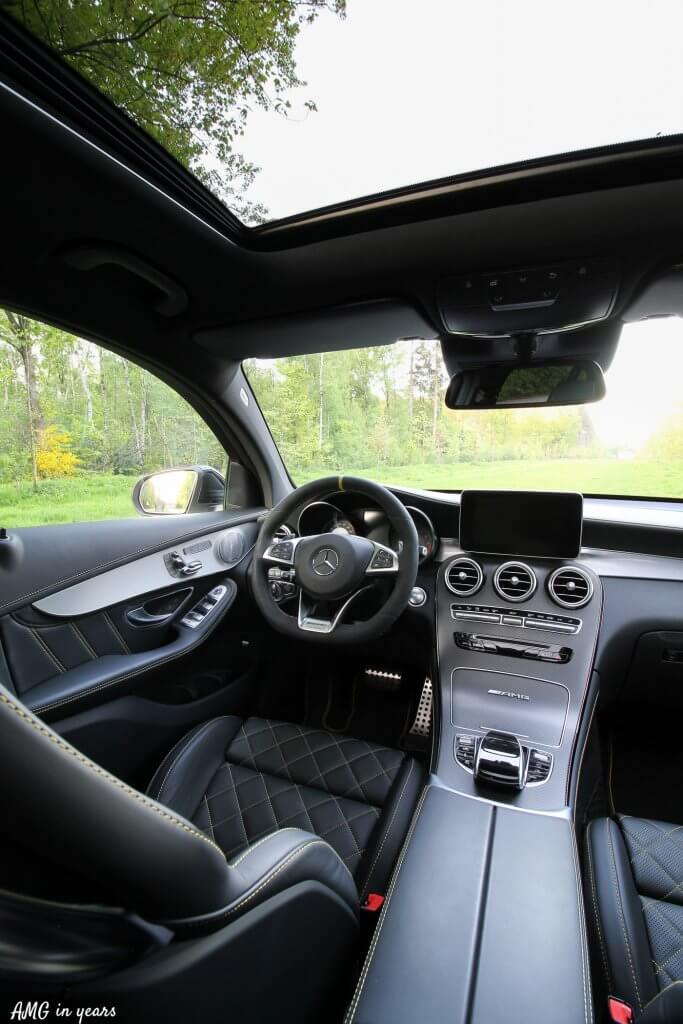 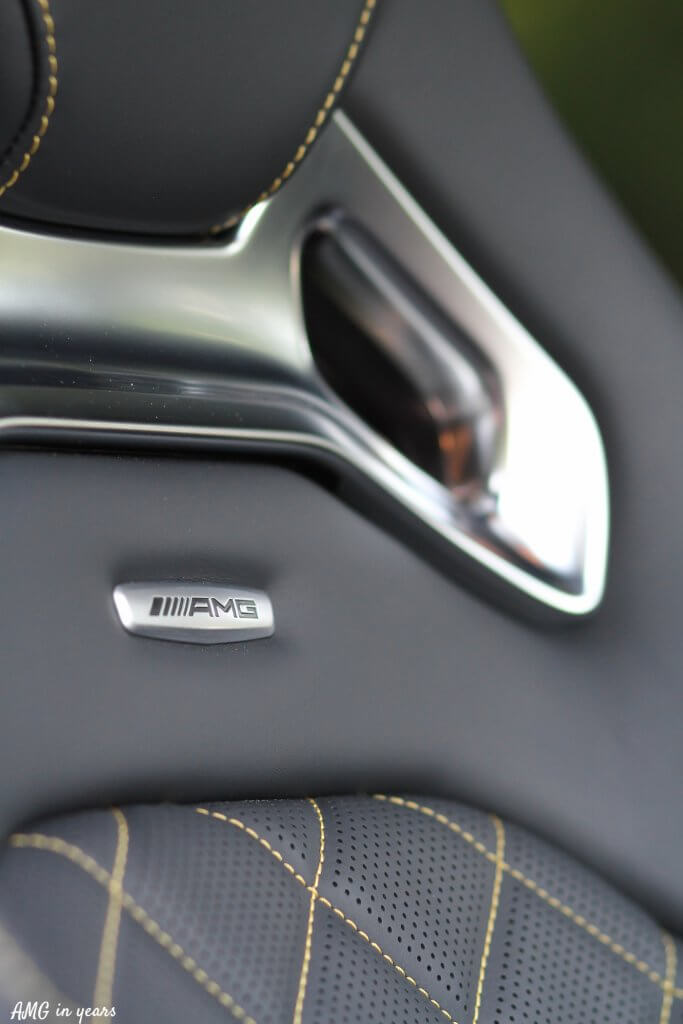 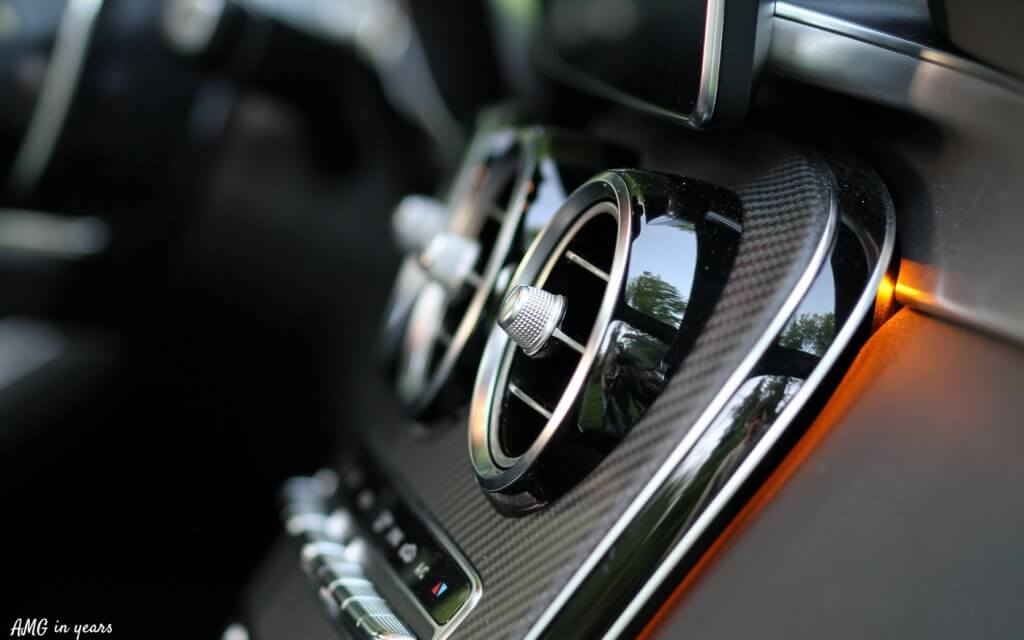 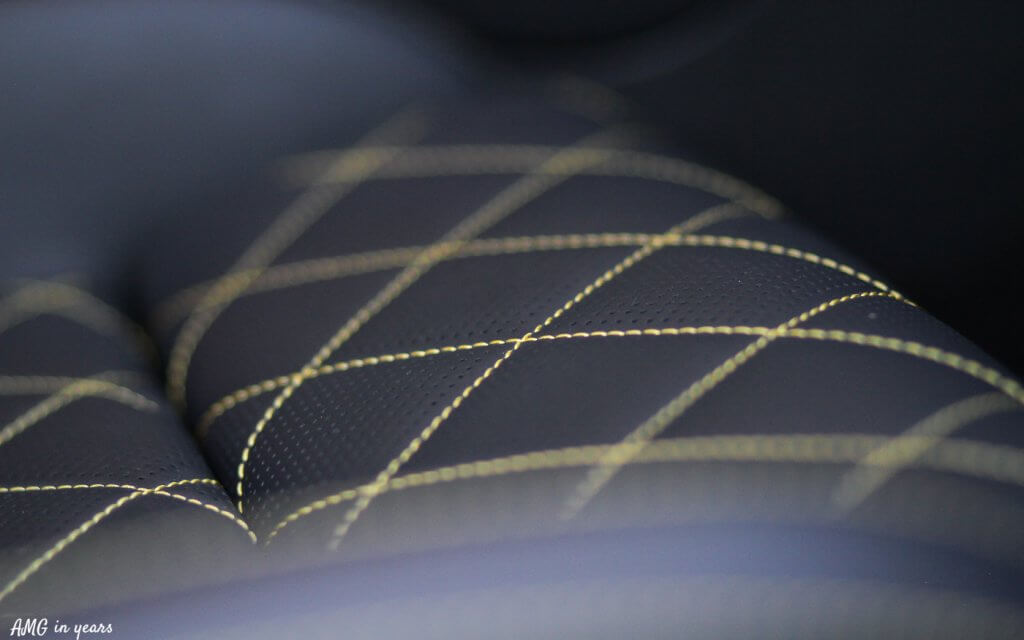 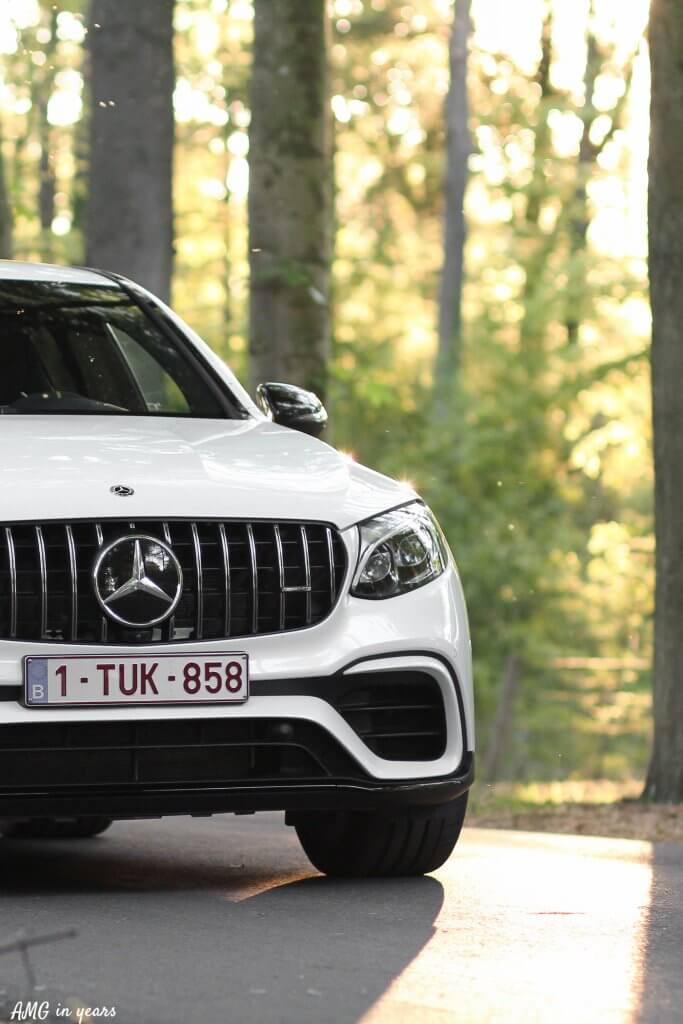 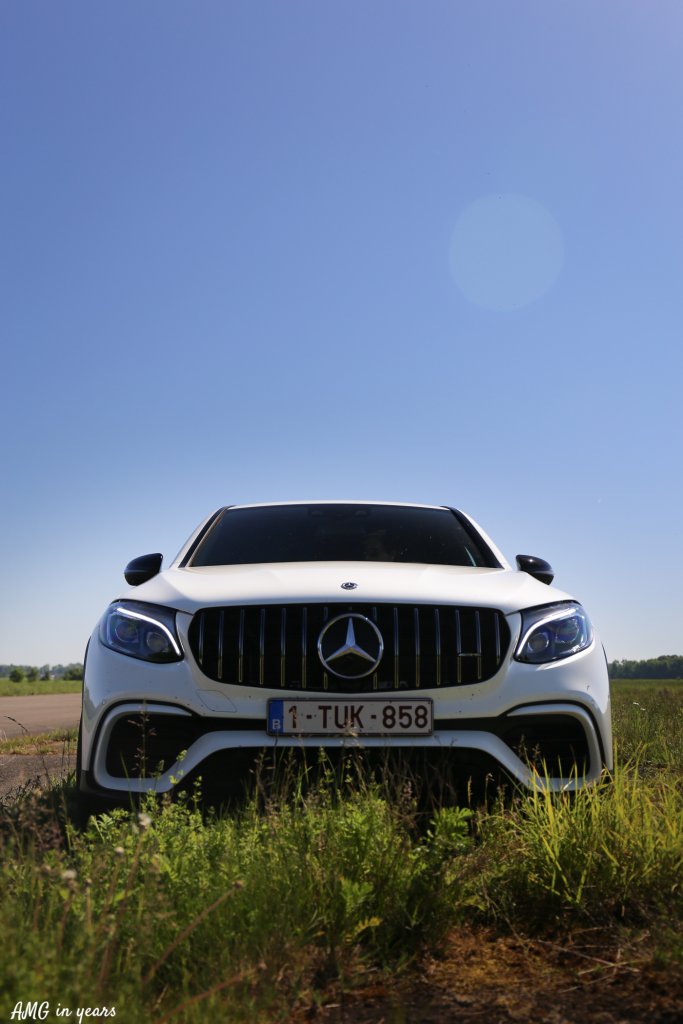 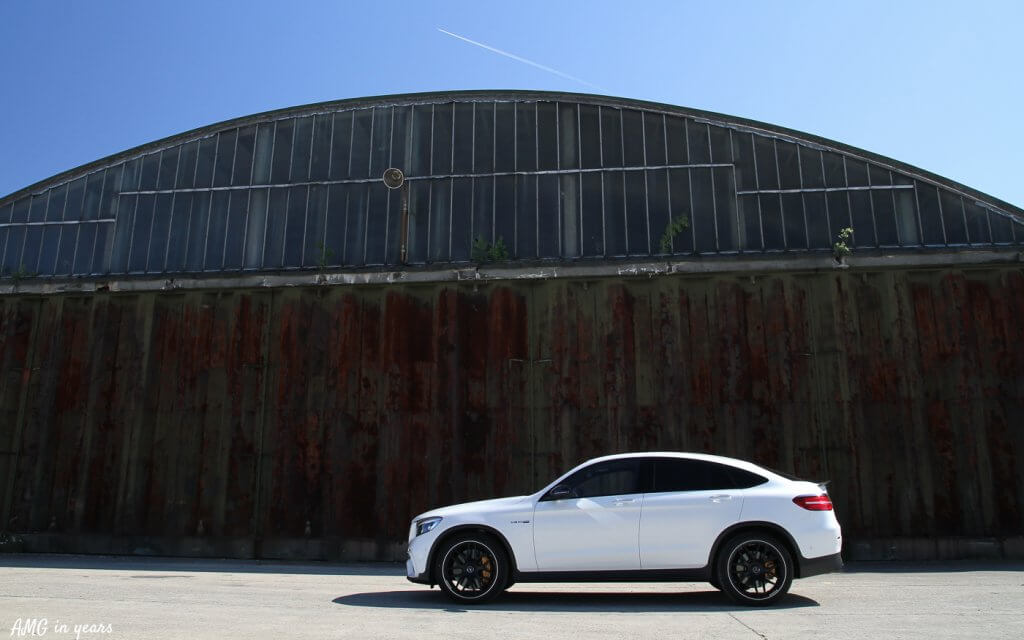 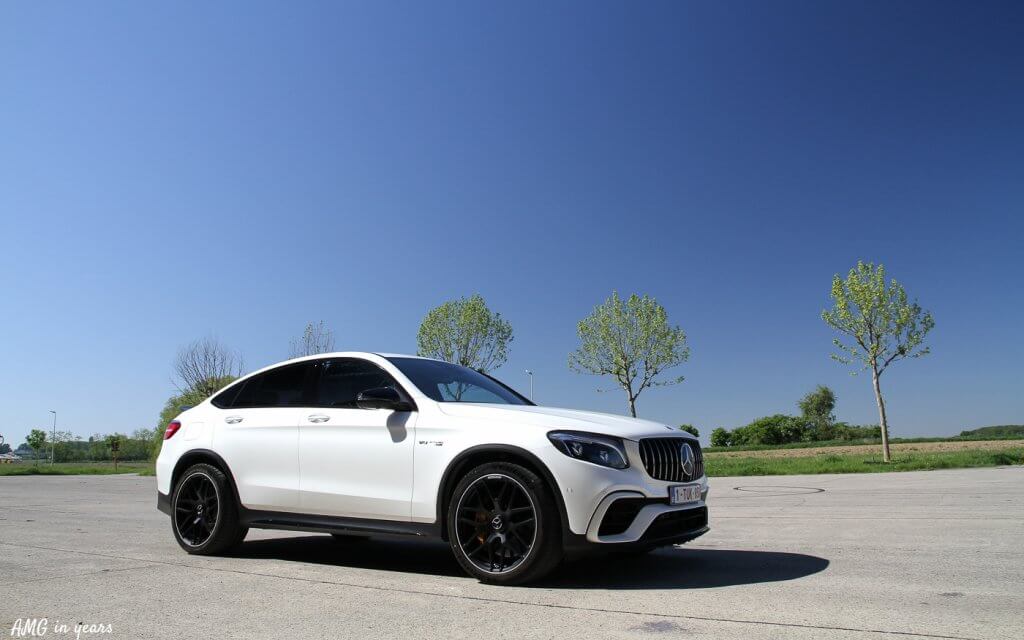 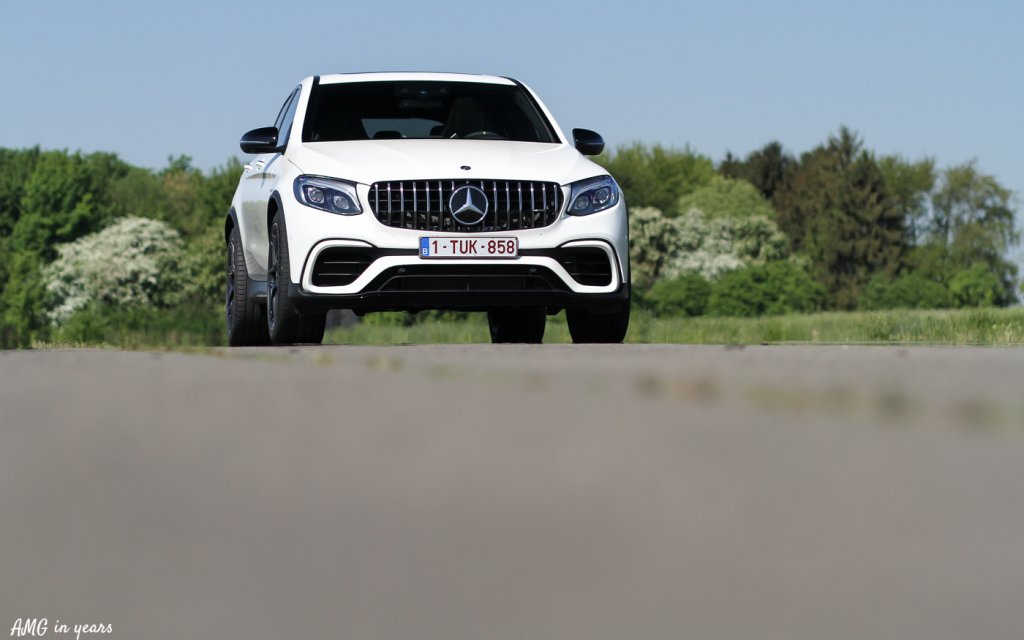 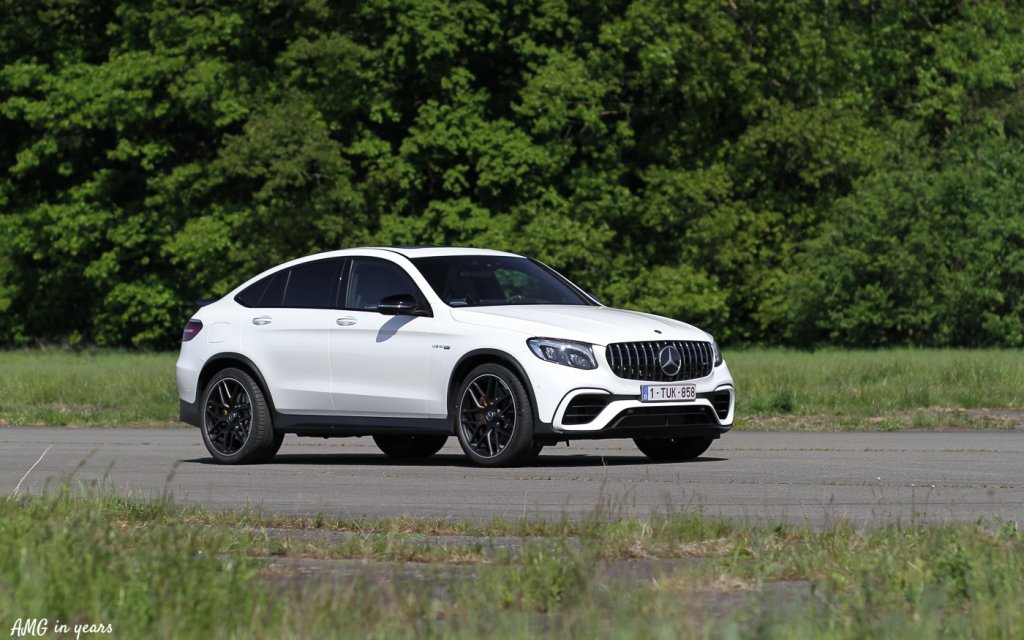 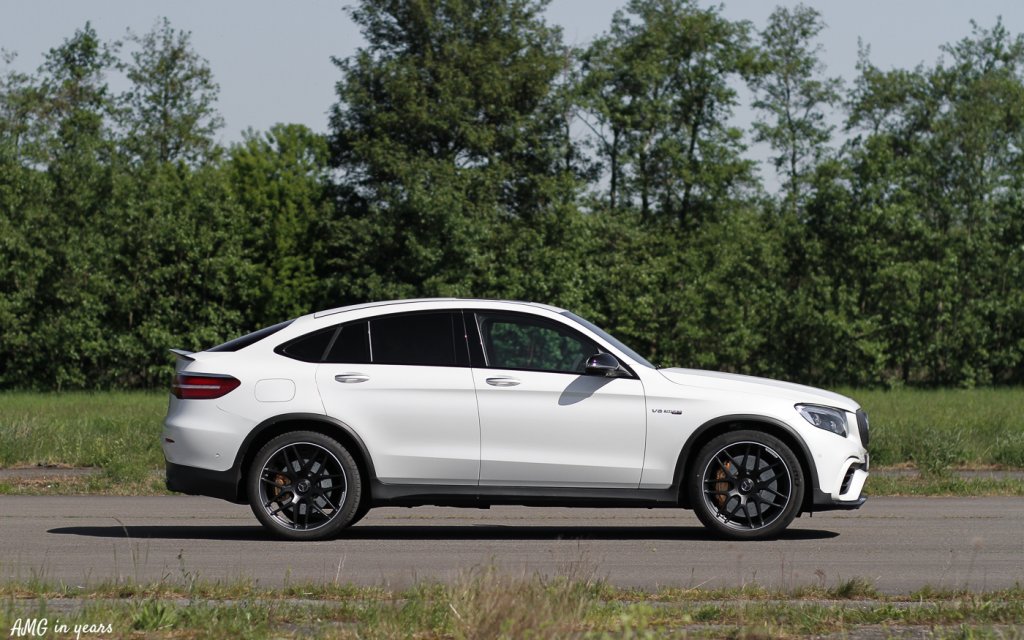 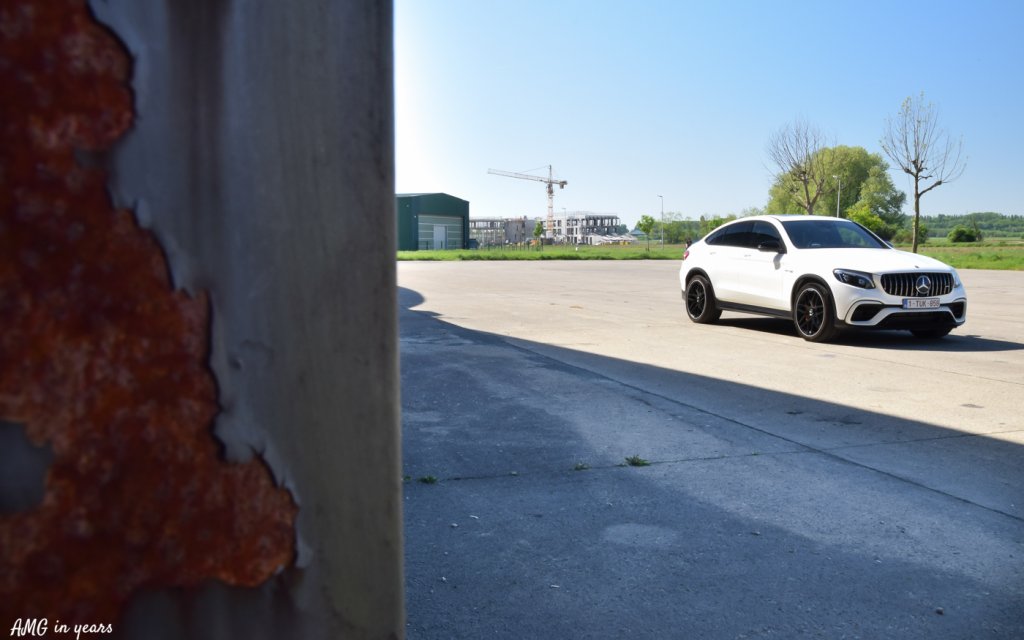