Driver behind the AMG

Alexandre (29) is driving a C 63 Estate from building year 2011. A dreamcar for many car fanatics, not only because of the M156 6,2 litre naturally aspirated V8 engine but also for the classic lines of this estate. “A catwalk line” says Alexandre. An often heard remark is that the pre facelift of the 204 has a much more beautiful front than the facelifted version. I’m fully sharing that opinion, but it seems the front changed significantly with to facilitate a better cooling. 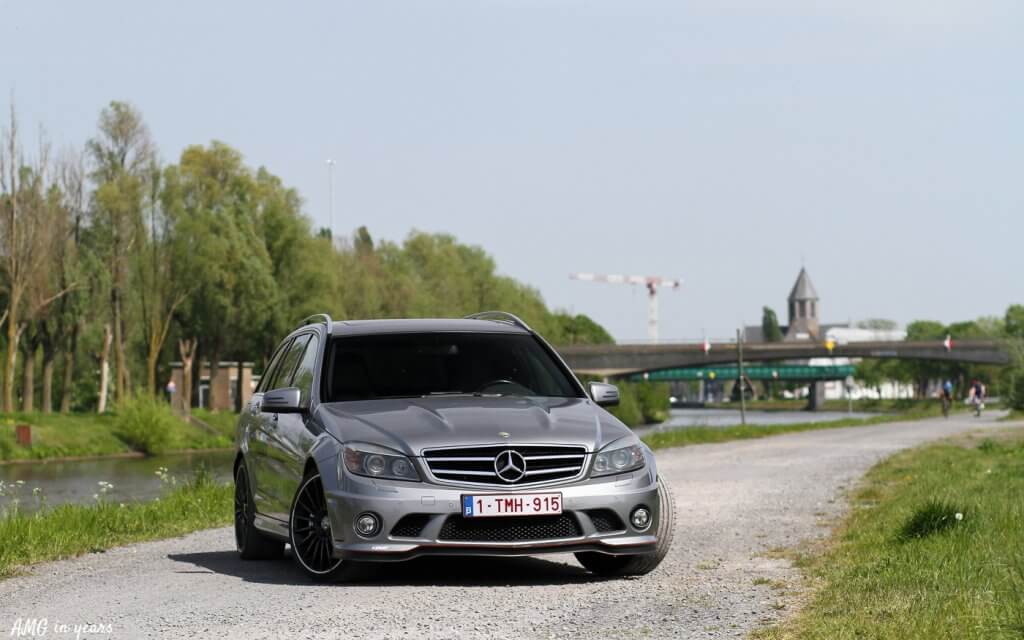 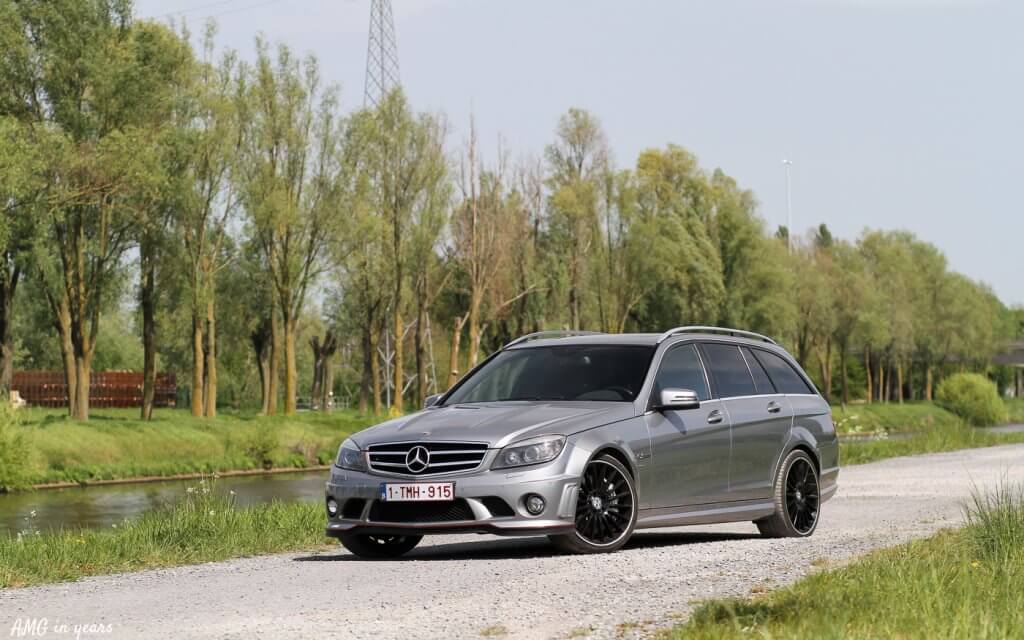 “I prefer to keep the car as original as possible.” says Alexandre. In his eyes you see how deeply in love he is with his C 63 AMG. “The adjustments the car has, have been made by the previous owner.” We note some red accents on the rear bumper and a different front splitter. Also some Affalterbach logos instead of the normal Mercedes logos. “Importing from Germany to Belgium required a lot of paperwork thanks to our very efficient civil service.” 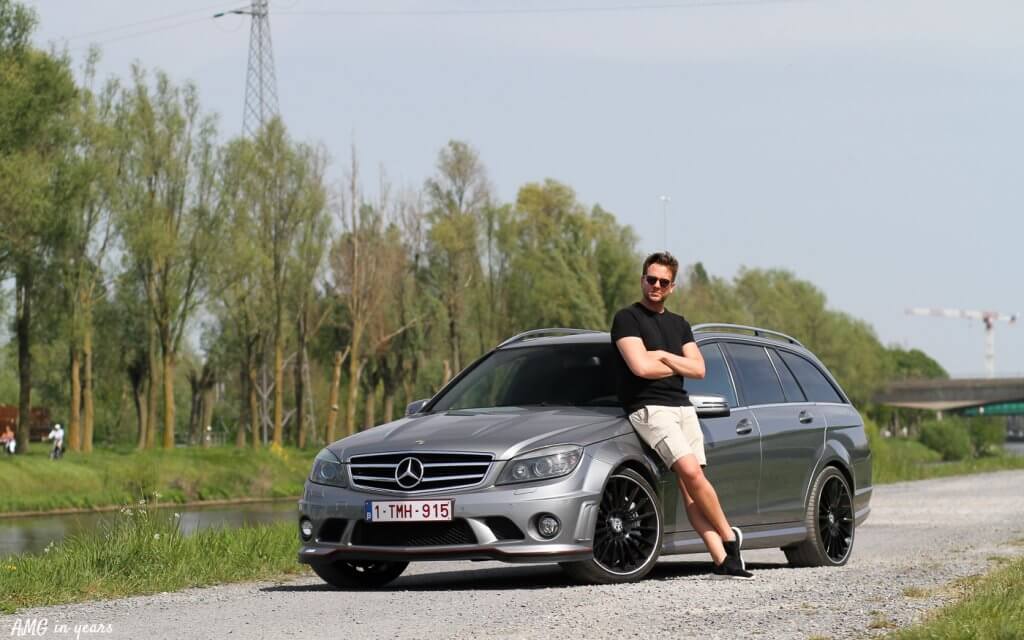 The love for the C 63 AMG started some years ago. “It was always my dream to drive a C 63. As a student I was a driver at Getdriven, a company that facilitates drivers for owners to bring them home safely with their proper cars. On a certain evening I drove for a customer at Wortegem Petegem and when I arrived at the nice house of the customer, the owner was not there yet. I rang the bell and the lady of the house told me her husband could come home any moment. While waiting I heard in the distance a nice hum of an exhaust. The sound coming closer and closer. And what turned out … it was my customer that drove a C 63 AMG producing this fantastic sound. While the owner was changing clothes I was stumbled by the looks of the car and the sound of mechanics cooling down completed the picture. What a machine, I was telling to myself. I’ve always remembered that moment. If once I could afford me a special Mercedes, it would be a C 63 of the 204 generation.” And so it happened. “I made my dream come true.” 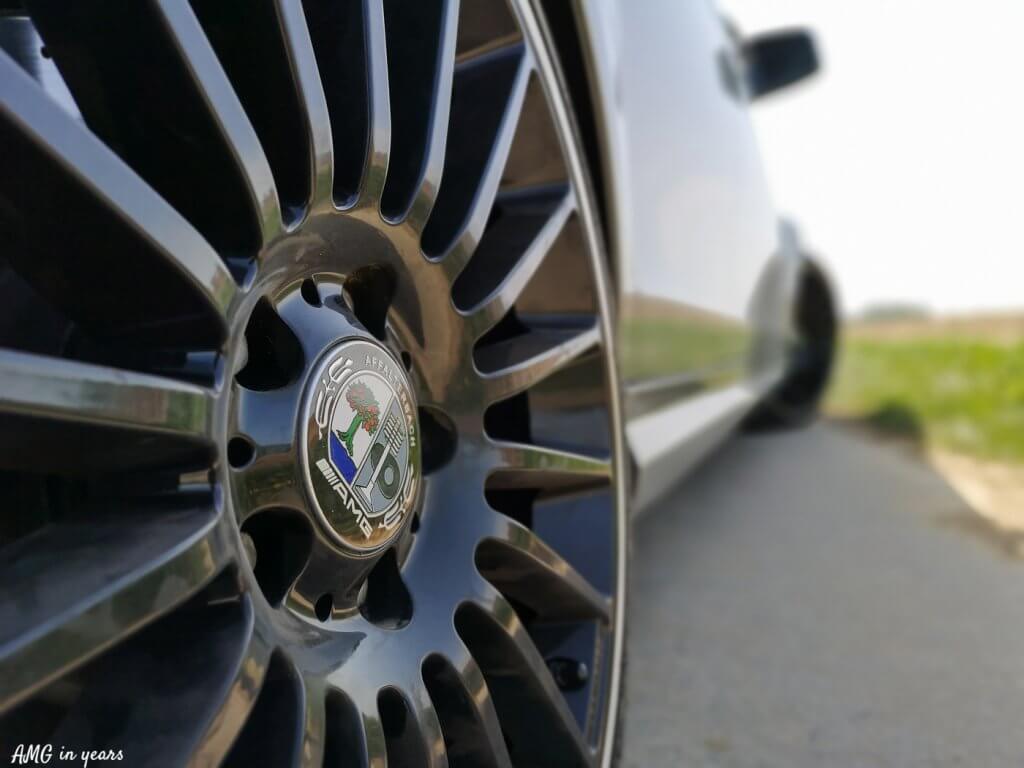 “After a long search and good thinking I found this car in Germany. The car was originally sold in Italy. The price was ok, however the car already had 150.000 km on the counter. After a good talk with my father as ‘big cars’ means big costs and even a chassis number check I was reassured. A common problem with the C 63 of the pre facelift are the cylinder bolts could loosen, so I wanted to check if my future C 63 was free of this issue. Luckily, my father has always been a car enthusiast, which helped to ‘sell’ the story.” Alexandre’s passion for cars arose as he joined his father to many car and oldtimer fairs back in the ‘90s. “My father had some Simca’s, a VW Beetle, Wartburg, some Trabant’s and even some Rolls-Royce’s. Personally I preferred Mercedes, that was quickly clear.”

Alexandre takes me to the boot of his C 63. A very large one as it is actually missing the back seats. A trick to limit payable taxes in Belgium. Alexandre shows me a bottle of motor oil, tyre dressing and his Mercedes umbrella which are always in the car. What do you need more to survive? The interior still looks in perfect shape. It even looks like the boot has never been used. On the dashboard we notice some additional AMG badges, also from the previous owner, but it doesn’t look fluffy. 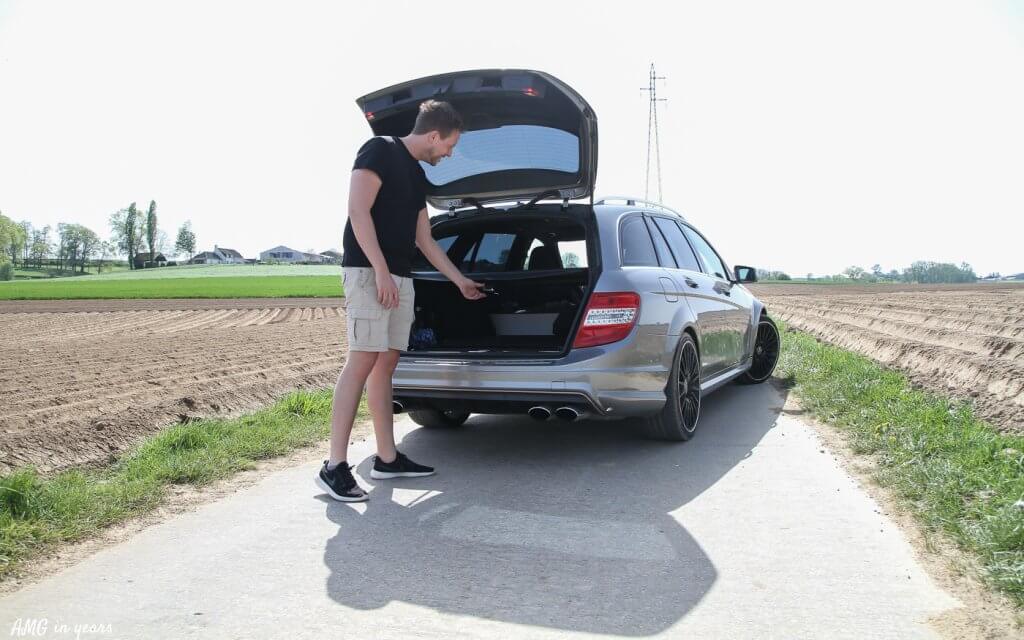 “I call her Bertha. A little clumsy name but Bertha is a reference to the woman ‘behind’ Carl Benz. She was the first ever person to make a ride in a motorized vehicle in 1888. During this historical ride Bertha Benz had to be innovative and continue to carry on. Thanks to here willpower she successfully completed the 106 km long ride. It is somehow similar to the unyielding power of the M156 engine of my C 63 isn’t it?” 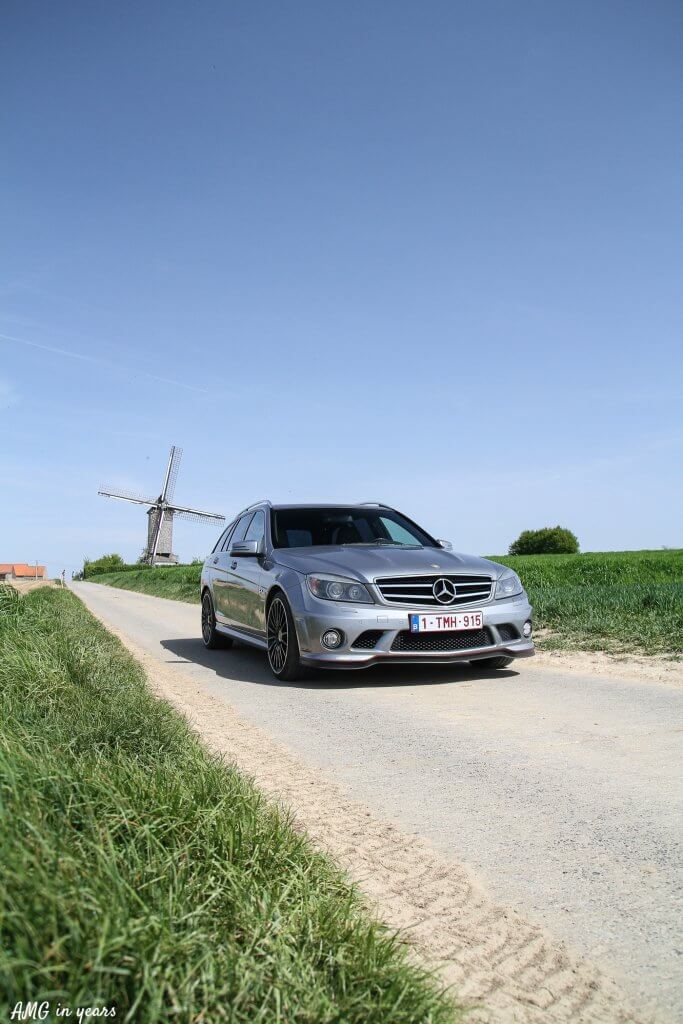 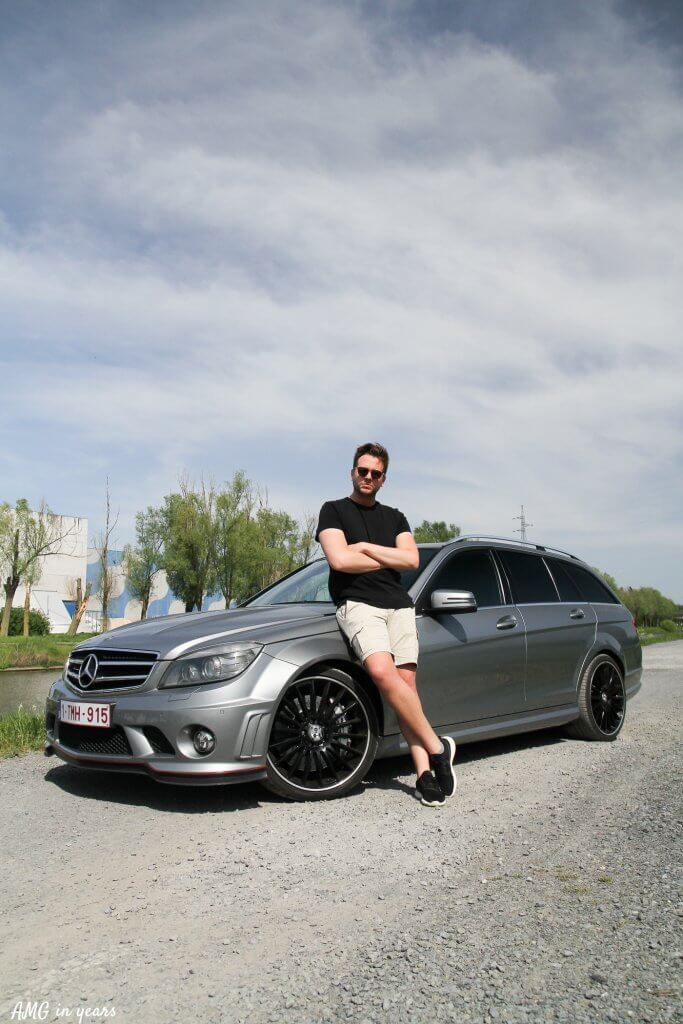 “What is the coolest place you have taken your AMG?”

“The place where the engine came to life: Affalterbach in Germany. I thought it was a very special moment to bring the car/engine back where it rolled out of the AMG factory in 2011. Bertha has been chiptuned to 520 hp by the previous owner and surprisingly, but confirmed by many people, it has a positive effect on the fuel consumption. On the last 11.750 km, I have an average consumption of 15,2 litre. Still quite high, but actually I’m quite a calm driver, I don’t have a need to push to the limit everywhere. I just like the feeling to drive a car with the atmospheric engine, the sound etc. And if needed you still have the reserve to push hard.” 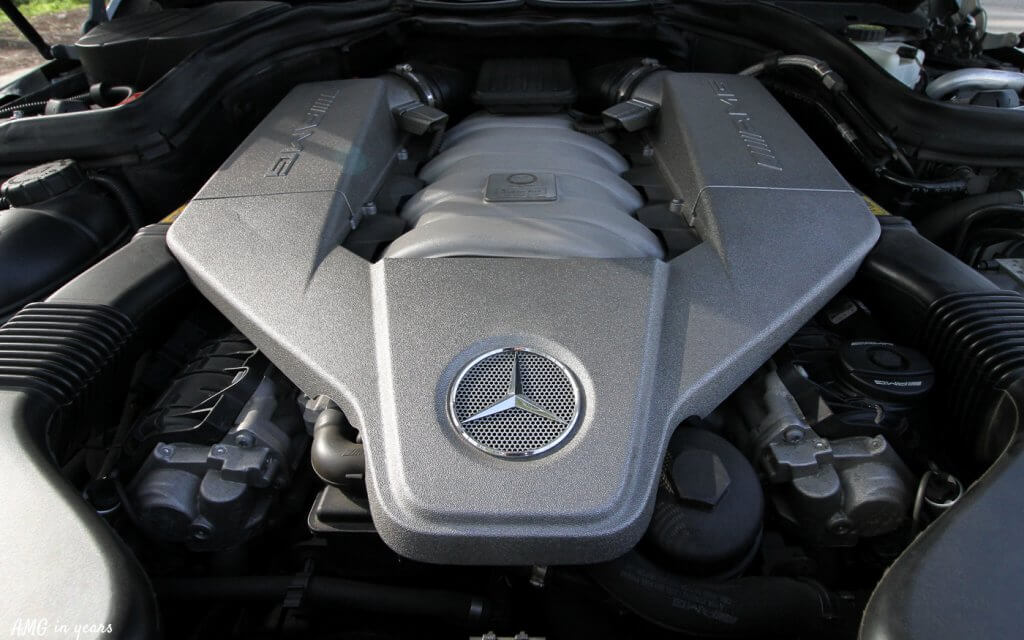 You feel and see in the eyes that Alexandre is really passionate about his C 63 and he really is eloquently in describing this. “The pure sound of the V8 is just superb. From turning the key to stopping the engine. And while driving the downshifts or the acceleration. Every time hearing the V8 nuclear power plant howling, thumping and roaring is a true pleasure. It’s something that you can’t get tired of as a car fanatic. But by looking at the meter that indicates how much gas is still left in the tank, you will quickly move away from the pink cloud. There are also other drawbacks of the C 63. The electronics of this C-Class generation are very sensitive. The sliding roof can falter as well as the electric seats. Mercedes-Benz AMG could have tested this further in my opinion.” 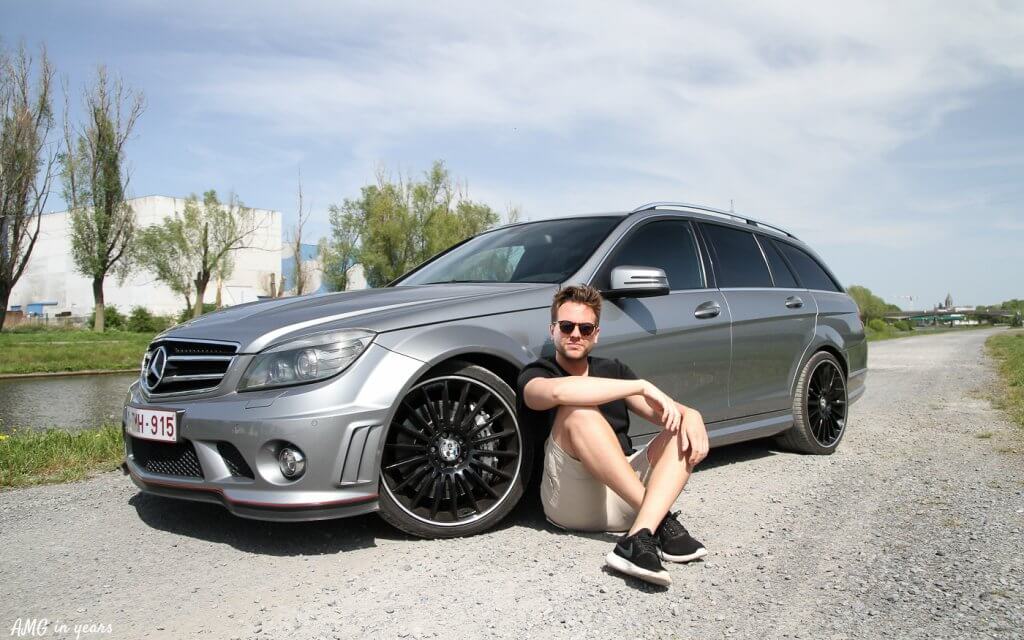 “It is not only about cars and AMG in my life off course. I also like travelling and urban exploration (urbex). As well as photography in combination with urbex, architecture, history, art (not modern art but old painters, old drawings, sculptures, etc.). I’m not driving a C 63 to stand out among other people. It’s nice to get admiring looks now and then, but I do it for myself.” 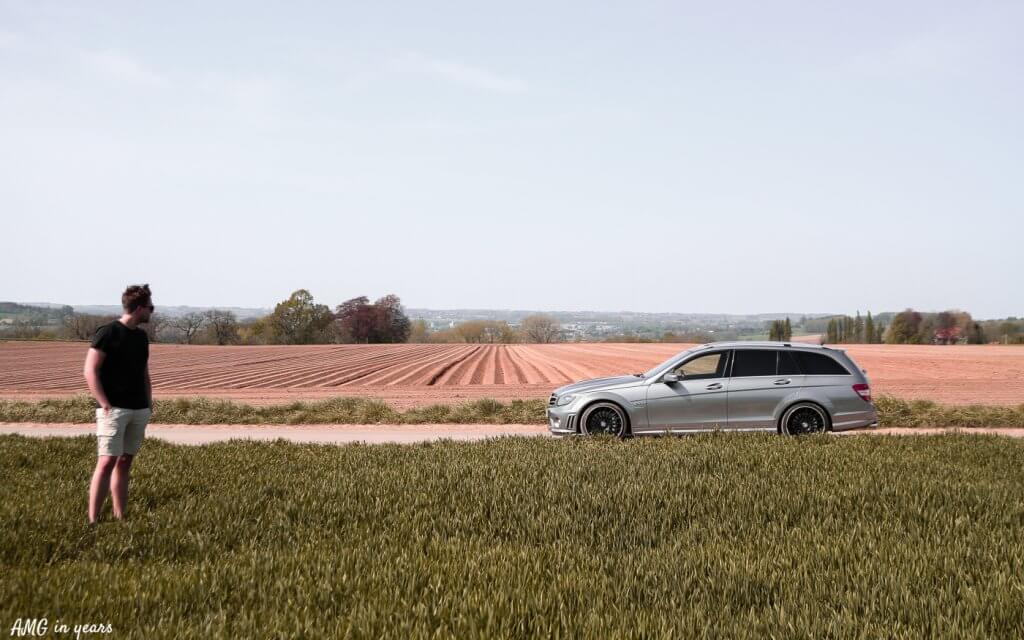 Special thanks to Alexandre for his time and sharing his passion for AMG.

Also driving an AMG and interested in being featured as ‘Driver behind the AMG’. Just contact me via tom@amginyears.com.